Home » Pull Out of the Kentucky Derby? Pressure on a Black Owner Mounts 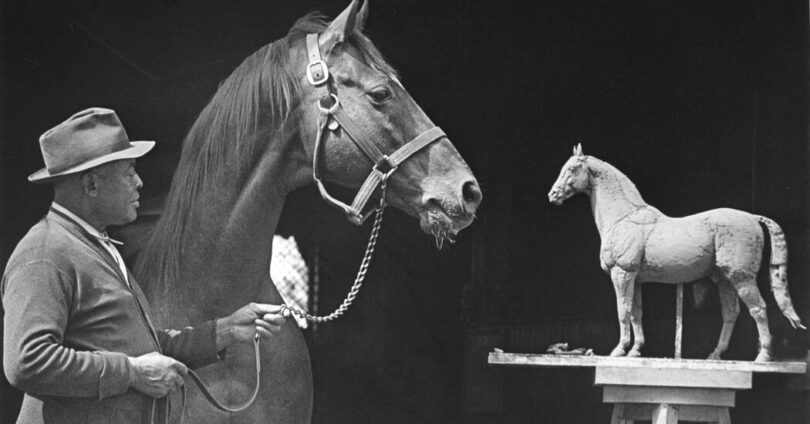 In any other year, Greg Harbut would be enjoying the achievement of a lifetime. On Saturday, he will watch his horse Necker Island enter the starting gate for the 146th running of the Kentucky Derby, a moment of pride for a family that over the generations has built its success in the thoroughbred business.

His grandfather Tom bred and owned a horse that ran in the 1962 Derby, and his great-grandfather Will once graced the cover of The Saturday Evening Post alongside the magnificent athlete he cared for, the great Man o’ War.

But this isn’t like any other year. Harbut is the rare Black horse owner in a sport that is among the whitest in America. Now, he is hearing calls that he should boycott America’s most famous race.

With the derby taking place at Churchill Downs, in Louisville, Ky., the city in which Breonna Taylor was fatally shot in her apartment in March, becoming a focus of the Black Lives Matter movement, a coalition of activist groups has called for a boycott of the race and its sponsors on Saturday.

Demonstrations are planned at the track, and Harbut and his team said civil rights activists had privately urged him to follow the lead of professional basketball and baseball players who boycotted their own games, and stay away from the race.

But how, Harbut asks, can he be expected to give up his hard-won seat in the owner’s box beneath Churchill Downs’s iconic twin spires? His grandfather Tom could not even sit in the grandstand to watch the 1962 Derby.

Harbut, 35, himself has endured slights that make him feel like an outsider in the sport. When he shows up in the paddock before a race, he notices the sidelong glances of fellow owners and gets the occasional query about what pro team he plays on or what movie he was in.

It happened last month in western Kentucky, shortly after Necker Island finished third in the Ellis Park Derby to earn a place in the Kentucky Derby. Not long after, he said he saw a tweet that summed up the novelty of Black ownership in horse racing: “To see African-Americans on a major race day is like seeing a unicorn.”

“My grandfather bred the horse and owned part of him and, at the time, his role in what is one of the most prestigious races in the world was not acknowledged,” Harbut said. “This is part of my family’s legacy, and it is a chance to remind people on a big stage — the biggest stage — that horse racing history here begins with African-Americans.”

He is disturbed, however, by the repeated shooting deaths of Black people by police officers and has watched as the protests in Louisville have turned their attention to Churchill Downs. Last week, more than 60 people were arrested at the track. More unrest is expected on Saturday, the biggest day on America’s racing calendar and one that was postponed from the traditional May running date because of the coronavirus pandemic.

An African-American jockey, Oliver Lewis, won the inaugural running of the Kentucky Derby, in 1875, aboard Aristides, trained by Ansel Williamson, who was born into slavery. In fact, in the years after the Civil War, Black jockeys dominated horse racing, winning 15 of the first 28 Kentucky Derbys and becoming celebrities much like today’s N.B.A. stars.

Just as swiftly, however, Jim Crow laws and ostracism in the sport pushed Black riders out of the saddle and into the barns as manual laborers, or to Europe, where they were more widely accepted. Their history has been mostly erased over the last 100 years, but the virulent sentiment that made it vanish is very much alive in the sport.

In July, amid the widespread tumult over the death of George Floyd in police custody, Tom VanMeter, a prominent Kentucky horse owner and sales consignor, posted a racist comment on Facebook directed at the predominately African-American N.F.L.

VanMeter apologized, and industry stalwarts like the Jockey Club, among horse racing’s oldest and most influential organizations, were quick to condemn his statement, while Keeneland, the racetrack and auction company, said he could no longer race or sell horses on its grounds.

For generations, a representation of the annual Keeneland auctions has been the green-jacketed African-American grooms leading one horse after another into the sales ring, where white auctioneers on a platform singsong bids of millions of dollars to a sea of white faces.

“The optics are not great, and horse racing has a class system that is readily apparent,” said Jason Wilson, who is African-American and the president and chief operating officer of Equibase, which serves as the sport’s official database. “There are not any nonwhite people in our marketing materials, and when I go to a board meeting, auction or big race, I do not see a lot of people that look like me.”

Wilson, a lawyer and former investment banker, blamed the insular nature of the sport for reinforcing the status quo.

The VanMeters’ roots in the sport, for example, trace back more than 120 years, when Frank VanMeter owned His Eminence, who won the 1901 Kentucky Derby with Jimmy Winkfield aboard. Winkfield won the Derby again the next year, becoming the last African-American jockey to capture America’s greatest race.

“There is a strain of racism that is part of the sport, but whether it is truly the dynamic driving things, I don’t think so,” Wilson said. “I think we really haven’t given it much thought as an industry. To do so takes time, money and commitment. Instead, when there are openings, there’s a tendency to hire the people you already know, and they are usually white and often related to you.”

On June 3, when racing returned to New York at Belmont Park after having been shut down for 80 days because of the pandemic, Kendrick Carmouche joined more than a dozen jockeys in the paddock before the day’s races to observe a moment of silence for those who suffered and were lost to the pandemic. Then, each took a knee in solidarity with those protesting the death of George Floyd.

Carmouche, the only African-American rider in New York, had organized the demonstration along with John Velazquez, a Hall of Famer who is considered an elder statesman in the sport. A few days earlier, Carmouche, 36, had posted an anguished and tearful video on Facebook.

Unlike LeBron James or Doc Rivers of the N.B.A., Carmouche was speaking from a modest stage.

He is among a handful of Black riders working in the United States. He rose from the bush tracks of his native Louisiana to dominant stints in the Mid-Atlantic region at racetracks like Delaware Park and Parx Racing near Philadelphia. Five years ago, he arrived in New York and perennially finishes among the top 12 in the jockey standings.

His father, Sylvester, was a jockey and his original role model. But as he climbed racing’s ladder, winning more than 3,271 races and more than $110 million in purse money, Carmouche noted that the trainers and owners were almost always white and the grooms who cared for the horses on the backside were predominantly Latino.

“I made it all the way to New York, and I have never felt any racism, maybe because I was raised to respect everyone no matter what they look like,” Carmouche said.

But Carmouche understands how important it is for people to see Harbut, along with his business partner Ray Daniels, in the paddock, especially at the Derby.

“We have to show people what is possible,” Carmouche said. “The way you avoid conflict is you give people love and respect.”

None of the three owners of Necker Island — Harbut, Daniels and Wayne Scherr, who is white — fit the profile of old-money, deep-pocketed thoroughbred owners.

Harbut is a blood stock agent, a sort of broker who buys and sells horses for clients in Japan and the Middle East. He met Daniels, a businessman in Lexington who was interested in thoroughbreds but did not know how to enter the business. Two years ago, they formed a syndicate in the hope of introducing more African-Americans to the sport. They bought a horse named Heavenly Hill for $16,000. The mare finished third in a pair of stakes races, won over $60,000 in 2019 and was eventually sold for $100,000.

Beyond the thrill of winning races, Daniels became interested in the rich history of Black people in horse racing. He saw an opportunity to enrich the culture of the sport as well as strengthen an industry that is vital to Kentucky.

“It’s a great portal for African-Americans into what is a multibillion-dollar industry and one we have too small a footprint in,” said Daniels, who has explained to local civil rights leaders the importance of participating in the Derby. “There’s pretty conclusive data that inclusiveness wins — it makes for a more creative business. Horse racing is setting itself up to fail if it chooses to continue to be an older white gentlemen’s club.”

In June at Churchill Downs, Harbut saw an opportunity to raise his and his partner’s game: A colt named Necker Island was running in a $100,000 claiming race, which meant he was for sale. The well-bred son of Hard Spun had fetched $250,000 at the 2018 Keeneland Sale and competed against some horses headed for the Kentucky Derby.

Their trainer, Chris Hartman, suggested they join with another of his clients, Scherr, a retired teacher and wrestling coach in South Dakota. Third-place finishes in the Indiana and Ellis Park Derbys earned them a place in the most visible starting gate for bringing attention to African-Americans’ contributions to horse racing.

Harbut and Daniels intend to make the most of it. Necker Island may be a long shot, but they know they have already won.

“This is a different kind of Kentucky Derby — one held in September, not May, with no fans instead of 170,000 of them,” Harbut said. “But we are here, and people will know my family’s contributions to the sport. They will know how African-Americans built horse racing. And, hopefully, more of us will return to it.”