Prison made me a better person – Kwaw Kesse 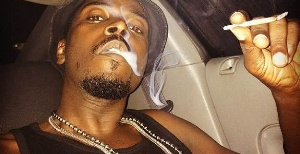 In April 2015, Ghanaian rapper Kwaw Kese was sentenced to a day’s imprisonment for allegedly smoking cannabis in public.

The ruling was given by a Kumasi High Court after a number of adjournments, following the rapper’s arrest by police in Kumasi on November 22, 2014.

Fast forward to 2016, speaking in an interview with News-One, he confessed that his prison experience has made him a better person at heart and reignited his passion for charity.

“My stay in prison inspired me to be charitable towards prison inmates. I realised they need love, encouragement, and a show of concern from society. When I came out in February last year, I organised one charity event for inmates of the Kumasi Central Prison and donated a list of items. We followed up with another charity donation event at the Kumasi Teaching Hospital (sic).

“This time, we decided to visit inmates of the Nsawam Central Prisons in fulfillment of a promise the Kwaw Kesse Foundation made about a month ago that we would go and feed all the 4,000 inmates at that particular prison. That was the exact promise we fulfilled on Vals Day, February 14, when we fed the 4,000 inmates with food and drinks, entertained them with music performances and even played soccer with them,” Kwaw told News-One.

Click to read the full story originally published on February 17, 2016