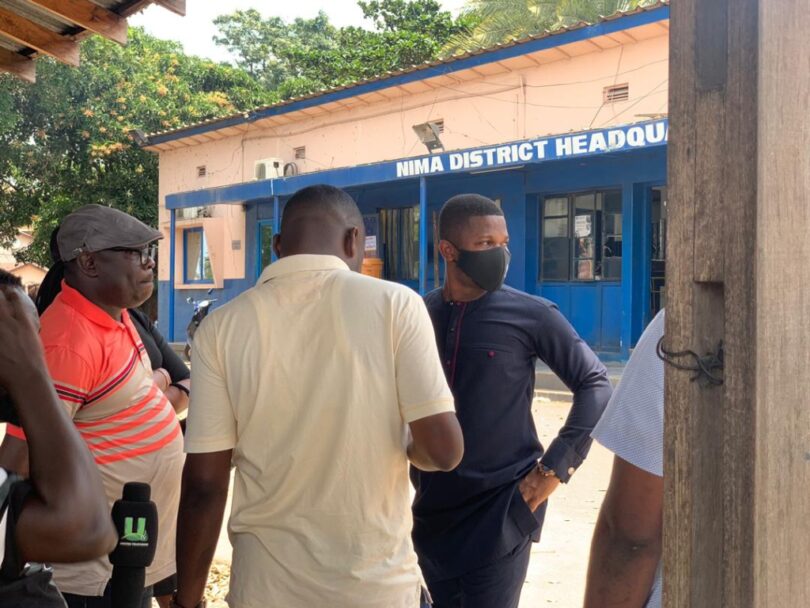 President of the Concerned Small Scale Miners Association, Michael Kwadwo Peprah has been arrested by the police cyber-crime unit.

This comes hours before a news conference scheduled for Monday, August 30, at which he is expected to speak on the manifesto of the major political parties and the pledges on small scale mining.

He is said to have been picked up in Kumasi and moved to the Nima Police station in Accra.

JoyNews’ Joseph Ackah-Blay reported that Mr Peprah was arrested for the publication of false news and the intent to cause fear and alarm to the public.

His lawyer, Bobby Banson has questioned the basis of the arrest.

“Officially, we don’t know why he was arrested. He was picked up yesterday afternoon at the time that he called me and sent to the central station in Kumasi.

“He slept on the bench at the Police station and was brought here this morning. The officer that brought hime, left without leaving any note,” he said.

According to him, his client refused to give a statement without his lawyer when he arrived at the police station.

However, Sammy Gyamfi, the National Communications Officer for the National Democratic Congress (NDC) believes this is an attempts to stifle free expression in the country.

He said this was because the President of the association would criticise the government’s fight against illegal mining.

“Even if they have any justifiable cause for this arrest, what is the right thing to do under the constitution? Caution the person, tell the person why he is under arrest, tell him that he has the right to consult a lawyer of his choice , allow him to call his lawyer to come to his aid.”

“You don’t seize the person’s phone and prevents him from calling his family memnbers and dump him here like a criminal,” he argued.