Home » Photos from NDC’s vigil in honour of Rawlings 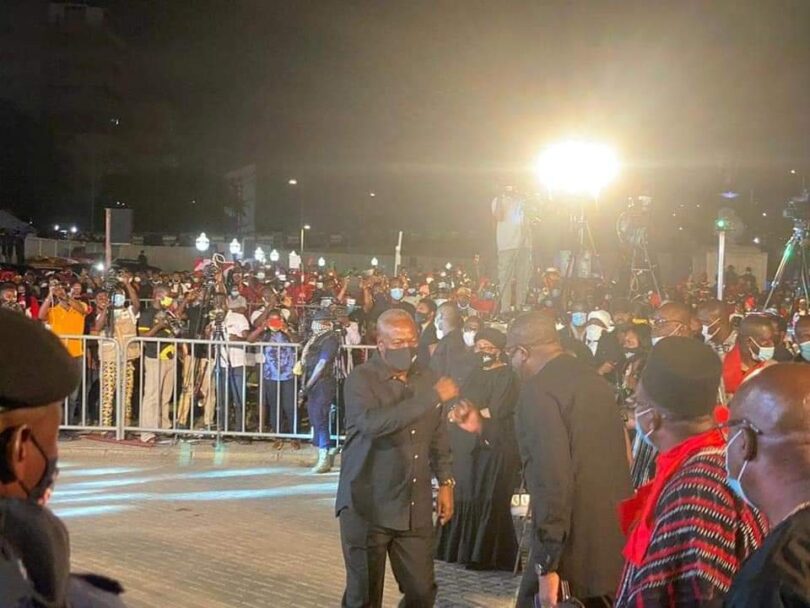 The vigil is taking place at the Obra Spot at the Kwame Nkrumah Interchange in Accra.

Already seated is the flagbearer of the NDC, John Dramani Mahama, and his wife, Lordina Mahama.

Among other family members present, two of the late former President’s children graced the event, Zanetor Agyemang-Rawlings and Kimathi Rawlings.

Also in attendance is the running-mate of the NDC’s flagbearer, Professor Naana Jane Opoku Agyemang, other party dignitaries, and some members of the Diplomatic Corps.

Dressed in black and red, some sympathisers arrived at the venue around 5 pm.

The solemn event is expected to end at 12 midnight.

Former President Jerry John Rawlings passed away on Thursday, November 12 at 10 am.

The 73-year-old is said to have died after he contracted Covid-19 and was rushed to the intensive care unit of the Korle-Bu Teaching Hospital in Accra.