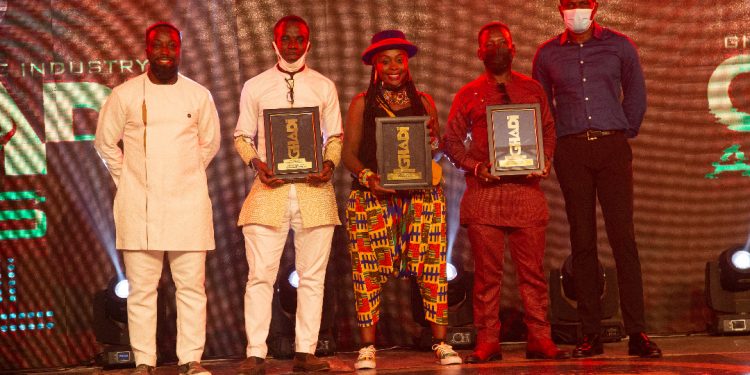 According to the Chief Executive Officer of Dancetera, Robert Klah, “the purpose of the awards is to honour the dance icons and stakeholders who have contributed to the development of dance over the years.”

He added, however, that subsequent editions of the award scheme, in addition to honouring other dance icons and industry stakeholders, will feature competitive categories to enable the recognition of the best dance artistes and celebration of excellence year on year.

Honourees were picked from the various sectors of the dance industry, celebrating them for works done. From the couple dance community, James Parker of Apex Ballroom Dance with over 14 years of ballroom dance development and the inclusion of highlife dance; Lumo Bortei-Doku for dedicating 2 decades of his life to Afro-Latin dance in Ghana, operating Dancation International sessions; Ricci Boateng who operated Salsa in the City, Kumasi and more recently, Kizalsa in Accra, spanning 12 years of impact; the salsa duo performers Luumva Laryea & Beatrice Danquah for representing Ghana at several international festivals.

The praise dance category had Worship in Motion and Divinity Blazers recognized for promoting urban gospel dance and inspiring many talents to dance in the church.

Furthermore, the National Dance Company, Ghana Dance Ensemble, and the Dance Department of the School of Performing Arts (UG-Legon), were duly acknowledged for their roles in theatre dance. Malta Guinness was also recognized for their investments in street dance development; Shekoross for over a decade of organizing free annual street dance shows; Hon. Dzifa Gomashie for supporting dance over the years at the highest office ever.

For those whose works promoted Ghana dance beyond borders, Fuse ODG was acknowledged for his global promotion of Azonto Dance; Incredible Zigi for creating dance steps such as ‘Pilolo’ & ‘Kupe’ which were performed by global stars including Janet Jackson; Ezuntey Flex for promoting Azonto Dance through his ‘I am Azonto’ dance project, creating the Azonto A to Z tutorials, and for using dance to support young lives in his neighbourhood; DWP Academy for rising to become the most influential dance academy in Ghana, with branches in the USA and Asia, whose icons are Dancegod Lloyd, Afrobeast, Mr. shawtyme and Yoofi Greene.

The night came alive with numerous performances from the best talents Ghana has to offer. Humble Stars opened the show with a spectacular performance, narrating the evolution of dance. Mr. Kirts and Poimano Flames took us to church with unusual and refreshing praise dance ministrations.

Sammy & Gigi brought it with a Kizomba-fusion performance, and James Parker, with Apex Ballroom team, gave us a Highlife and Rock n Roll dance treat. Then came the dance marathon featuring Sinclair in a solo dance exhibition; ABM, the reigning winners of the street dance battle from 2020 Ghana Dance Festival, with lyrical and afro dance moves; Hip-hop vibe from the Arenees led by Illyboy; HnH Powerpack Crew with a blend of Breaking, Krump, House, and jaw-dropping stunts; Militantz with a clean and well-executed Hip-hop performance, and DWP Academy with an exciting Afrodance performance.

The girls-power magic was felt with Queen Bees, Afrygirls, Flawless, and Abigail, Naa Dollar & Gaza of DiAsa Fame. From costuming, concept, energy, to execution, these ladies lit the dance floor with complete passion and professionalism.

The ‘Sika’ hit song was performed by Dancegod Lloyd, amidst onstage dancing from team DWP, and an exciting audience cheer. The icing on the cake, was the freestyle sessions by the dance legends – Akosua Agyapong, Terry Bright Ofosu (1989 National Dance Champion), and Adjetey Sowah (1986 World Dance Champion).

The program was graced by Mark Okraku Mantey (President of the Creative Arts Council), Nana Fredua-Agyeman Ofori-Atta (acting Board Chair of the National Theatre), Nii Tete Yartey (former Artistic Director of the National Dance Company and son of the legendary Professor F. Nii Yartey of blessed memory), Head of Dance Department of the School of Performing Arts, Mr. S. Kuwor, Vivian of Vivie’s Dance Factory, Petra Peterson of Salsa Ghana, and other industry stakeholders from the various dance communities as well as the media.

Dolly Dove of the Flawless Dance Studio hosted the red-carpet session, and the main awards ceremony was hosted by IB, the presenter of Red-Carpet Show on Joy Prime TV.

The 1st version of the Annual Ghana Dance Industry Awards is brought to you with the support of the Dancers & DanceSport Association of Ghana (DDASPAG), Rhythms Africa, Multimix Media and powered by Dancetera, your dance channel.