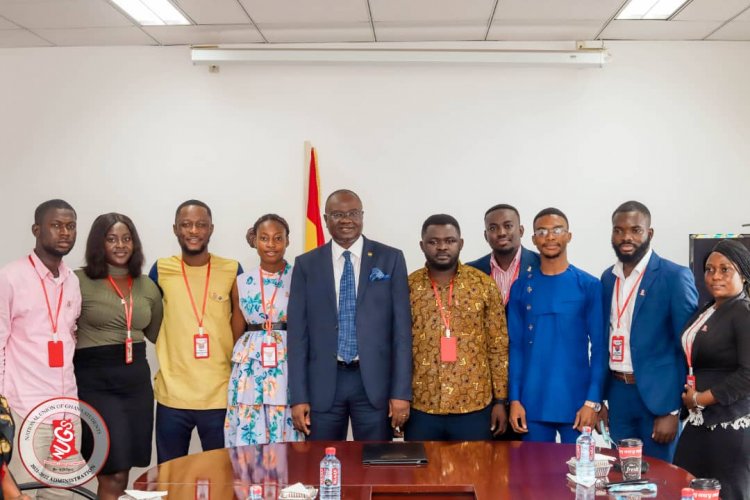 Mr. Boakye Yiadom, President of the National Union of Ghana Students presented a proposal to the Ministry to partner with them towards educating students on some minor issues that cause refusal of visas.

The leadership of the National Union of Ghana Students (NUGS) have made a humble appeal to the Ministry of Foreign Affairs, to as a matter of urgency intervene in circumstances that lead to many scholarship awardee students being denied visas.

The Union leaders who paid a courtesy visit to the office of the deputy minister of foreign affairs raised concerns about the unfavorable timing of visa interviews for students, which according to them, causes many to lose their scholarships by the time the visas are granted.

The leadership which met with the Deputy Minister of Foreign Affairs, Honourable Kwaku Ampratwum Sarpong to draw his attention to such occurrences also raised concerns about situations where some students meet all tangible requirements but are still refused visas.

President of the National Union of Ghana Students (NUGS), Mr. Yiadom Boakye and other executives of the association engaged the deputy minister on Tuesday to discuss issues regarding concerns from many students who upon obtaining foreign scholarships were denied visas and the unfavorable conditions of some students on Government of Ghana’s Scholarship abroad.

The Deputy Minister in response to the concerns indicated that there are certain criteria of disqualification which are not made public by the embassies. He however urged the Union to petition the Ministry on behalf of those students who meet the tangible requirements for a follow-up by the ministry to ascertain the challenge and intervene through the Foreign Affairs Ministry cannot compel the foreign missions to grant the visas.

He also indicated that the unfavorable timing of visa interviews was due to the enormous number of applicants who cannot all be attended to at the same time as before, due to covid- 19 restrictions. 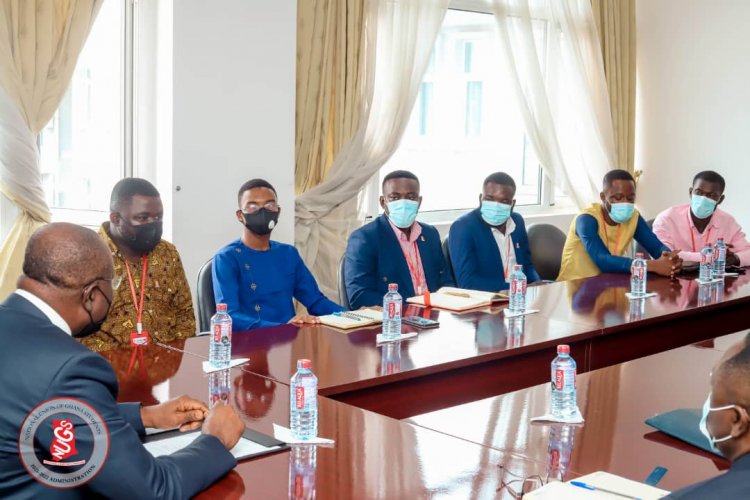 The Deputy Minister empathized with the students abroad who suffer scholarship stipend delays and reassured the Union of the ministry’s commitment to ensure the intervention of missions abroad.

He also urged the Union to guide students to look out for scholarships to Norway, Finland, Sweden, China, Russia which have less burden at their embassies compared to the United Kingdom and the United States which have so much pressure on their foreign missions.

Mr. Boakye Yiadom on behalf of the Union presented a proposal to the Ministry to partner with them towards educating students on some minor issues that cause refusal of visas.

He mentioned issues such as ignorance of students about the geographical location of destination cities abroad, cultural practices of the destination countries, display of unwillingness to return to Ghana in their response to questions and inability to prevent prejudice in their composure and outlook.

The ministry however received the proposal in good faith and promised to partner with the union in their quest.