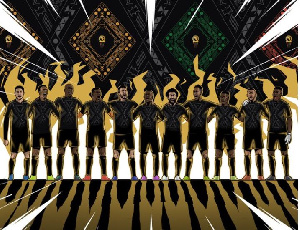 No Ghanaian player was named in the 2019 African Best XI released by CAF on Tuesday in Cairo.

Also known as the FIFpro Africa Best XI, the squad was chosen by the players.

Ajax goalkeeper Andre Onana was named between the sticks for his consistency at club level in the Eredivisie and UEFA Champions League.

The defenders consist of Morocco’s Achraf Hakimi who is on loan at Borussia Dortmund from Real Madrid, Cameroon and Liverpool centre back Joel Matip and Serge Aurier of Tottenham Hotspur and Ivory Coast.