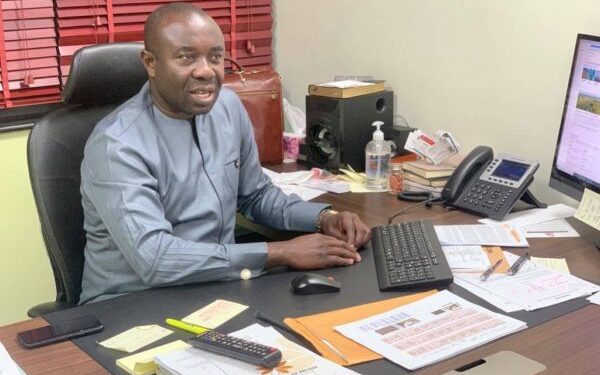 The Member of Parliament for Nkoranza South constituency, Emmanuel Kwadwo Agyekum, has expressed disappointment in the police over their handling of the recent incidents in Nkoranza surrounding the death of young businessman, Albert Donkor.

According to him, the sentiment of people in the town is anger and total distrust in the police’s ability to impartially investigate the alleged killing of Mr. Donkor by an officer after the deceased was picked up from his home around midnight earlier this month.

Speaking on The Big Issue, he said it is appalling that the police leadership is seeking to arrest the young people who protested the alleged killing of Mr. Donkor instead of causing an investigation to unravel the circumstances under which Albert Donkor was shot and how the police in the area killed one other person and injured several others during the protest over Donkor’s killing.

“The concern of the police is not about those who are dead but their concern, for which reason they’ve brought people from Accra is to gather evidence of people who destroyed a flat screen TV and a pickup truck at the police station when they [youth] were demonstrating the last time… I was in court yesterday with the young men who were arrested over the demonstration and the police’s interest is to arrest the people who are in hospital now, even those undergoing surgery,” he said.

The legislator further indicated that the town will on Tuesday hold a press conference to expressed their grievances and make public their demands of the state institution over the recent happenings. He said he will make public incriminating evidence against the police in Nkoranza at the press conference.

“This is getting people angrier and therefore, the whole town has planned that we will have a press conference on Tuesday. You don’t have to trust them [Police]. Their statement is very inconsistent and nobody here believes the police now. The police officers are in to protect themselves and if we don’t get an independent person to probe this matter, this issue will go nowhere,” he noted.