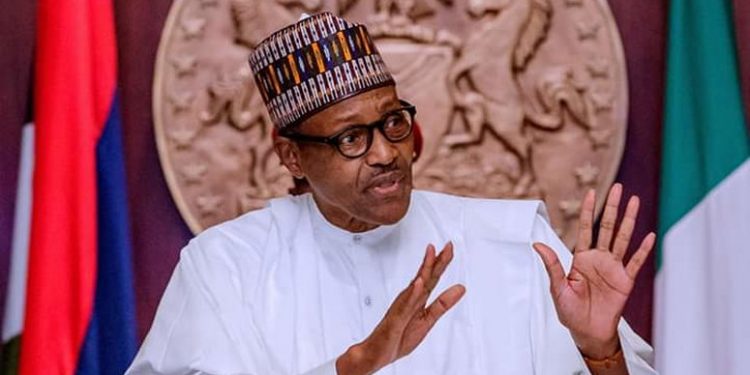 After more than a year of closing its frontiers to stop the smuggling of products from neighbouring West African states into the country, President of Nigeria, Muhammadu Buhari has stated that Nigeria is looking to reopen its borders ‘as soon as possible’.

This is according to the Prime Premium Times website.

Mr. Buhari stated this during a meeting with governors elected on the platform of the ruling All Progressives Congress (APC) in Abuja.

The president said the closure of the borders was also an attempt to control the smuggling of weapons and drugs from neighbouring countries.

“Now that the message has sunk in with our neighbours, we are looking into reopening the borders as soon as possible,” the president was quoted as saying by his spokesperson, Garba Shehu.

Nigeria first showed its willingness to re-open the border last month, amid skyrocketing food prices and increased calls for reopening of the borders.

The move came after the nation fell into its second recession in five years, according to GDP data released by the National Bureau of Statistics for the third quarter of 2020.

Many have attributed the economic recession partly to the border closure that has been in place since August 2019, which, among others, has seen inflation rise to a 30-month-high.

Policy experts have said that lifting the blockade will help check the recession, the nation’s worst in decades, and ease the economic hardship faced by Nigerians.

Last month, the Minister of Finance Budget and National Planning, Zainab Ahmed, said Mr Buhari would soon receive a report of a presidential committee to advise on the reopening of the borders.

Mrs Ahmed said although the committee set up by Mr Buhari had done an assessment of the gains of the closure and had recommended to the president to reopen the borders, the report had not been submitted.

The committee has as members the ministers of finance, budget and national planning, interior and foreign affairs, she said, noting that the report would be submitted “once members of the committee sign the report”.

“The objective has been met in the sense that we have been able, over these couple of months, to work together with our partners in a tripartite committee and do a joint border patrol together and reinforce the sanctity of the commitments that we made to each other.”

“So, each side has learnt its lessons. Nigeria has been affecting our partners in terms of businesses that we have in Nigeria as well. So, we will be expecting that the borders will be reopened very soon. The date will be decided by Mr President.”

On Tuesday, although Mr Buhari said the government would act on the border closure issue “as soon as possible”, the president did not specify the date.