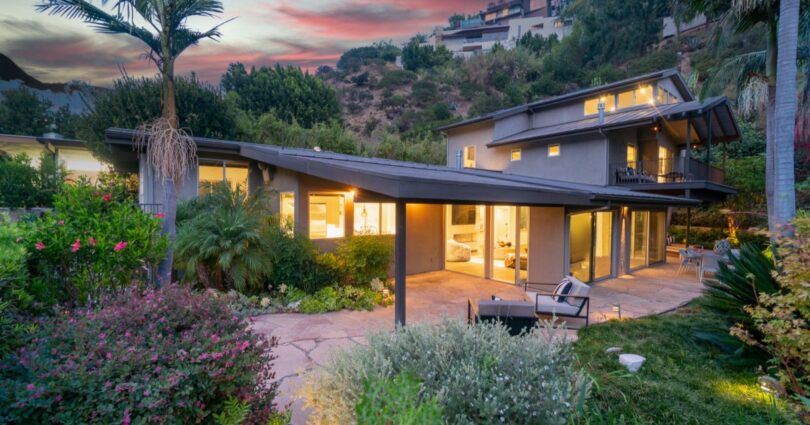 Nick Kroll, the comedian and actor behind “Big Mouth” and “Kroll Show,” just put his Spanish Colonial-style home on the market for $2.35 million in Los Feliz. He’s owned the property for eight years, records show.

The 42-year-old must have a penchant for Spanish-style spots, as the listing comes just a few months after he shelled out $6 million for a 1920s Spanish Colonial Revival abode a few streets away in the same area.

At 2,443 square feet, this one’s about half the size of his new spot. Lush landscaping fills a romantic courtyard with a fountain in front, and out back, the stylish backyard adds a swimming pool, spa and cabana with a movie screen surrounded by vegetable gardens and fruit trees including peach, lemon and apricot.

Inside, the two-story floor plan stays in touch with its 1930s roots via arched doorways, beamed ceilings, Spanish tile and custom built-ins. Bold shades of blue pop up across the common spaces, covering the living room fireplace, the dining room ceiling and the kitchen cabinetry.

Most of the four bedrooms are found upstairs, including an owner’s suite with a large closet, teal green bathroom and private balcony. Down below, a covered patio descends to the swimming pool and cabana.

A native of New York, Kroll appeared in “The League” and the GEICO commercial spinoff show “Cavemen” before creating, producing, writing and starring in his own sitcom series “Kroll Show.” More recently, he appeared on Broadway alongside John Mulaney in the play “Oh, Hello” and created the animated Netflix show “Big Mouth,” which recently received a Primetime Emmy nomination.