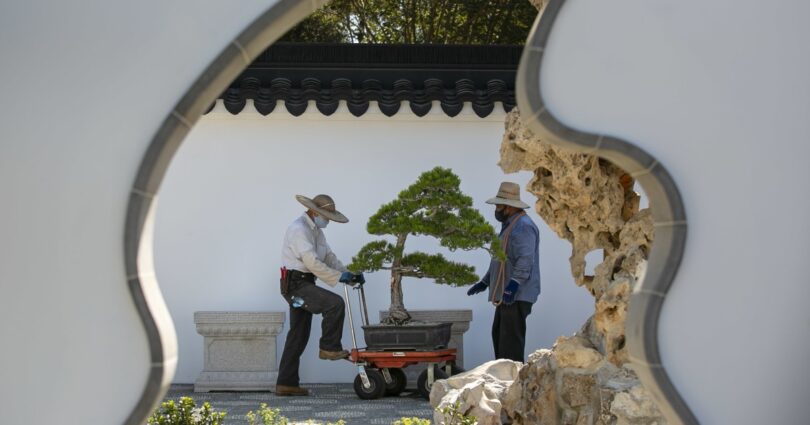 With California Gov. Gavin. Newsom calling for more aggressive COVID-19 prevention and rolling back the reopening of the state this week, confusion lingered about what has closed and what’s still open.

California’s piecemeal COVID-19 rules varying county by county can be confusing for pandemic-weary residents looking for safe ways to get out of the house. Here’s a quick rundown of some in-person cultural destinations and events as we head into a weekend with new guidelines in place:

Indoor museums: Indoor museums in Los Angeles County have long been closed, and this week those closures were extended to most of the state as additional counties were shifted back into Tier 1 (purple) in California’s COVID classification system. That includes Orange County, where the Bowers Museum and the Orange County Museum of Art, among others, immediately ended admission to indoor galleries. The Bowers said it will still move forward with outdoor “micro events” such as film screenings and art-kit pick-ups for kids. Meanwhile, in the Bay Area, San Francisco, San Mateo and Marin counties remain in Tier 2 (red), so museums there can still operate at 25% capacity — so the San Francisco Museum of Modern Art and others are open for timed-ticket admission. (You can check any county’s tier classification here.)

Outdoor museums: They’re open. You can’t enter indoor galleries of the Huntington Library, Art Museum and Botanical Gardens in San Marino, but the vast grounds — including the newly expanded Chinese Garden — are open with timed reservations. The Los Angeles County Museum of Art is keeping open its outdoor installations, including “Urban Light” and “Levitated Mass,” and it’s even premiering new work by Alex Prager this weekend. (Look for the story to follow soon at latimes.com/arts.)

Art galleries: Many are open, but policies and procedures vary. At Jeffrey Deitch, which opens a Robert Longo show on Saturday, viewing is largely by appointment only. Walk-ins are possible, a spokeswoman said, but no more than 10 visitors will be allowed inside at any given time. Institute of Contemporary Art, Los Angeles, which has been operating as a gallery with a cap of 10 visitors at a time, said it will be closing temporarily starting next week.

Drive-in performances: Opera and dance scheduled for this weekend are still on. Pacific Opera Project’s “COVID fan Tutte” riff on Mozart’s “Cosi fan Tutte” moves forward in Ventura County on Saturday, a spokeswoman said, with the existing requirement that audience members remain in cars except when using the restrooms. The show ends before 8, which means the new statewide curfew isn’t a problem, even for those driving from, say, Long Beach or Glendale. The only change, the company said, is that some staging might be revised so performers can be farther apart. L.A. Dance Project also is keeping on with its sold-out drive-in performance Saturday.

Drive-in immersive: Yes, we’re talking about “Stranger Things: The Drive-Into Experience.” The production confirmed that it is spookily carrying on.

Outdoor concerts and comedy: They have dwindled considerably but still can be held. Segerstrom Center for the Arts in Costa Mesa announced this week a slate of shows to be performed on its outdoor plaza. The lineup includes comedian Louie Anderson on Nov. 27 and Broadway star Megan Hilty on Dec. 11. Each show will divide audience members into pods for up to six people, spaced 8 feet apart.