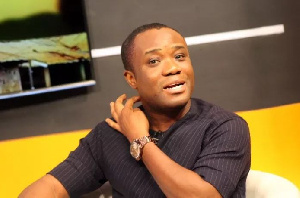 Former Deputy Information Minister under the erstwhile John Dramani Mahama’s administration, Felix Kwakye Ofosu has described the postponement of the distribution of the ambulances as a comedy show.

President Nana Akufo-Addo promised to commission the 275 ambulances on January 6, 2020 and subsequently distribute them to various hospitals in the country.

The President while addressing journalists from the Jubilee House on Friday, December 13, 2019, said he had ordered the Health Minister not to distribute any of the ambulances until the rest arrive in the country in the interest of fairness

According to him, this was to ensure that no constituency or hospital is left out, promising the rest will arrive in Ghana this month and January 6, 2020 will see commissioning all 275 ambulances.

However, the commissioning could not go on as scheduled and has been postponed to January 28 in order to allow critical assessment and conclusion of technical issues to be carried on the ambulances before their deployment to the various constituencies.

Reacting to this, the former Information Minister described the move to postpone the commissioning as a comedy show.