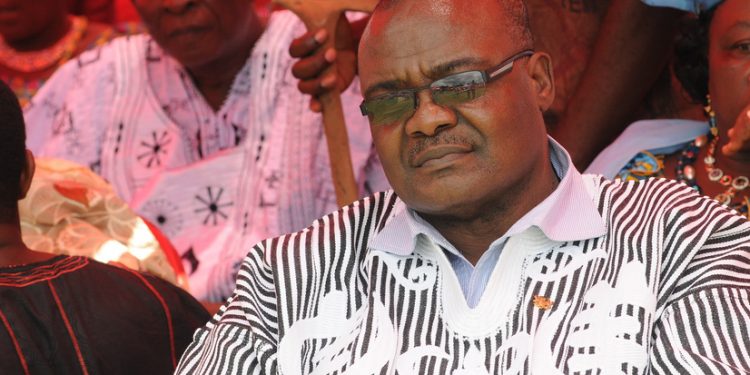 The National Democratic Congress (NDC) has challenged President Nana Addo Dankwa Akufo-Addo to speak on claims he received a $40,000 bribe.

At a press conference on Wednesday, December 2, 2020, the Communications Director of the NDC, Kakra Essamuah, urged the media to press the President to respond to the allegations.

“The President must personally speak to it… I am urging him, I am demanding that, I want to hear his voice. He must come and absolve himself.”

“This is the least I expect from you [the media] and I know that you will do your patriotic duty to call upon him and come and answer why he took $40,000 as bribe,” Mr. Essamuahsaid.

At the same press conference, the Ketu South MP, Fifi Kwetey, said this was the latest evidence of corruption under the Akufo-Addo administration.

Mr. Kwetey remarked that there was a “plague of hypocrisy presiding over Ghana” because of the lack of criticism from observers.

The money was purportedly given to the President by Adjei Bawuah, Ghana’s Ambassador to the United States of America, on behalf of the Director of Urban Roads, Alhaji Abass, to allegedly save the latter’s job.

The New Patriotic Party (NPP) has denied the claims saying the alleged transaction happened in 2016 when a party supporter donated the funds to support the NPP campaign.

The governing party has also threatened to sue media houses that have televised the video purporting to show President Akufo-Addo receiving the bribe of $40,000.