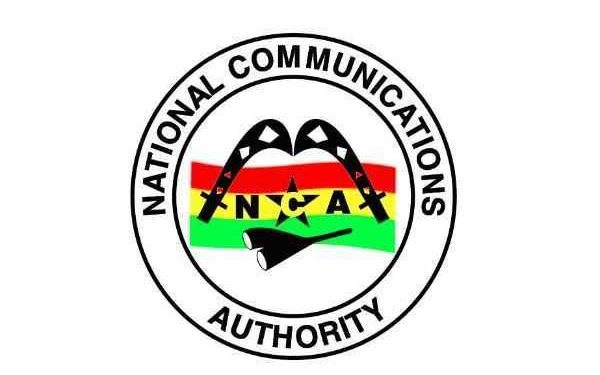 The National Communications Authority (NCA) has distanced itself from a purported blocking of the sale of Vodafone Ghana to Telecel.

It follows widespread media reportage suggesting that the NCA is preventing the sale being spearheaded by the Ministry of Communications and Digitalization.

“The Authority wishes to state and clarify that the statement is false and should be disregarded as such”, the NCA said in a statement.

Explaining the issue further, the NCA said it received an application for the transfer of 70 percent majority shares in Ghana Telecommunications Company Limited from Vodafone International Holdings B.V to the Telecel Group.

It thus evaluated, in accordance with due process, the application on various criteria and engaged both Vodafone and Telecel Group.

After a critical regulatory review and evaluation, the NCA concluded that the request did not meet the regulatory threshold for approval to be granted.

“Please note that, the NCA only endeavoured to ensure compliance with regulatory framework and international best practice”, the statement concluded.

According to the report, the British telecommunication giant has agreed to offload 70 percent of its stake in Ghana’s operation to Africa-focused telecom company, Telecel Group, subject to regulatory approval by the Government of Ghana through the Ministry of Communications.

The deal, when successfully approved, will still have the Government of Ghana maintaining its 30 percent stake in the business.

It was also revealed that the transaction has been fully financed by Telecel.

A potential project of the sale of Towers could happen in the future to additionally develop the infrastructure of the company, as part of a bigger plan for infrastructure sharing to help commercial competitiveness in Ghana.

It is expected that Telecel Group will inject the much-needed investment into Vodafone’s operations (sources estimate that Telecel has provisioned an investment of 500 million USD), to service the service provider’s debt while providing CAPEX to support the technology development and innovation.

This would be for both mobile telephone and Fixed Broadband (FBB) services, with an improved customer experience at the right price point.

Network availability and reliability are important to seamless service and the investment to be provided by Telecel Group would support the network infrastructure and architecture for existing and new Vodafone Ghana customers, including consumers, corporates, government, and SMEs.

About the company taking over from Vodafone, Telecel

According to its website, Telecel is an Africa-focused telecommunication service provider and leader in the transformation of digital services.

It prides itself as a market disruptor with a wealth of experience from shareholders who have impacted the global retail industry, and is poised to apply the same skills to impact positively the continent’s telecom market.

Not to mention that according to sources Telecel, in general, is close to large groups like Orange, Etisalat, Convergence Partners, Digital 9, and others of the same tier, and they sometimes work in partnership with them.

The Telecel Group operates in four different business lines within the telecom and technology industry.

These include Telecel Mobile, which owns and operates several mobile operators in Africa and Europe.

The fourth in the business line, Africa Startup Initiative Program, supports innovative start-ups in Africa and offers them funding and guidance to the scale of which Ghanian startups have been participating and benefiting according to the latest news on the subject published recently in the media.

The Telecel Board is made up of experts in Telecom, Finance, and Digital services, with a large experience in leading positions in major companies, such as MTN, Vodafone, Orange, Google, and others; the chairman is also the main shareholder comes from the Mulliez family, highly regarded in Europe as being the Rothchild’s of France.