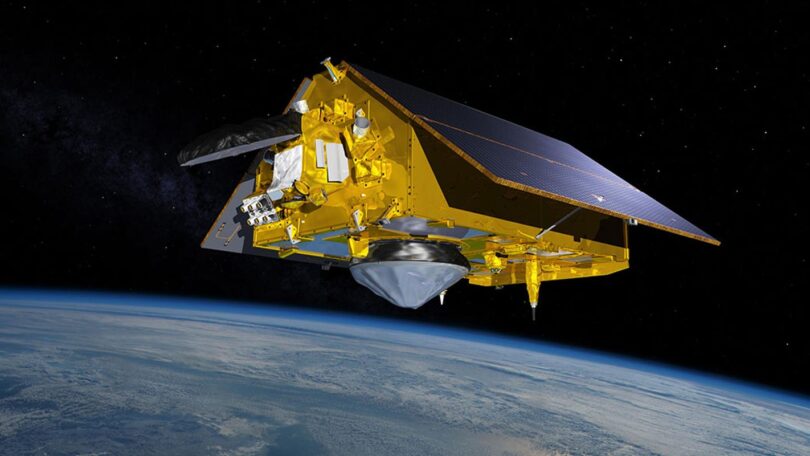 A week after it sent four astronauts to the International Space Station for the first time, SpaceX launched the first of two satellites Saturday that will monitor sea level rise over the next decade.

NASA’s Sentinel 6-Michael Freilich oceanography satellite – a joint venture with the European Space Agency – began a five-and-a-half-year mission to collect “the most accurate data yet on global sea level and how our oceans are rising in response to climate change,” according to NASA.

The mission also will collect information on atmospheric temperature and humidity to improve weather forecasts and climate models.

The satellite headed into orbit on a SpaceX Falcon 9 rocket, which launched from California’s Vandenberg Air Force base at 12:17 p.m. ET Saturday. The satellite is named in honor of the late director of NASA’s Earth science division. It’s the first West Coast launch in a year a half.

A warning: Rise in sea levels is accelerating along U.S. coasts, report says

This illustration shows the Sentinel-6 Michael Freilich spacecraft in orbit above Earth with its deployable solar panels extended. (Photo: Image provided by NASA)

A second satellite is expected to launch in the coming years. Once in orbit, each satellite will collect sea level measurements “down to the centimeter for 90% of the world’s oceans,” according to NASA.

The most recent effort to monitor sea level rise follows the 2016 launch of the U.S.-European satellite, Jason-3, which is currently providing observations of the topography of the ocean, according to NASA.

Sea level rise has accelerated over the last 25 years, and scientists expect it to speed up even more in the years to come, according to NASA. That rise will change coastlines and how flooding and storms will affect cities.

Shrinking shores: Half the world’s beaches could disappear because of climate change, study says

Extreme flooding: It’s going to get worse and could cost the world $14 trillion by 2100, study says

“Those are great records. Some of them go back more than a hundred years, so they give us a historical perspective. But they’re only at those single points, and the oceans cover more than two-thirds of the planet’s surface,” he said. “So if you want to see the whole thing, you have to do it from the bird’s eye view.”

“This thing has a radar that tells us how far away the satellite is from the ocean’s surface, so it bounces off and measures the return time,” he said. “And then it also has a bunch of positioning systems. So if you know where the satellite is, and you know how far away it is from the water, then you can use both of those pieces of information to tell you how tall the ocean is.”

The satellite will orbit 830 miles above Earth, and make approximately 13 orbits a day, moving at 4.5 miles per second, according to NASA.