Mozart, Sinfonia Concertante and the soul of the viola - Republik City News
Entertainment

Mozart, Sinfonia Concertante and the soul of the viola 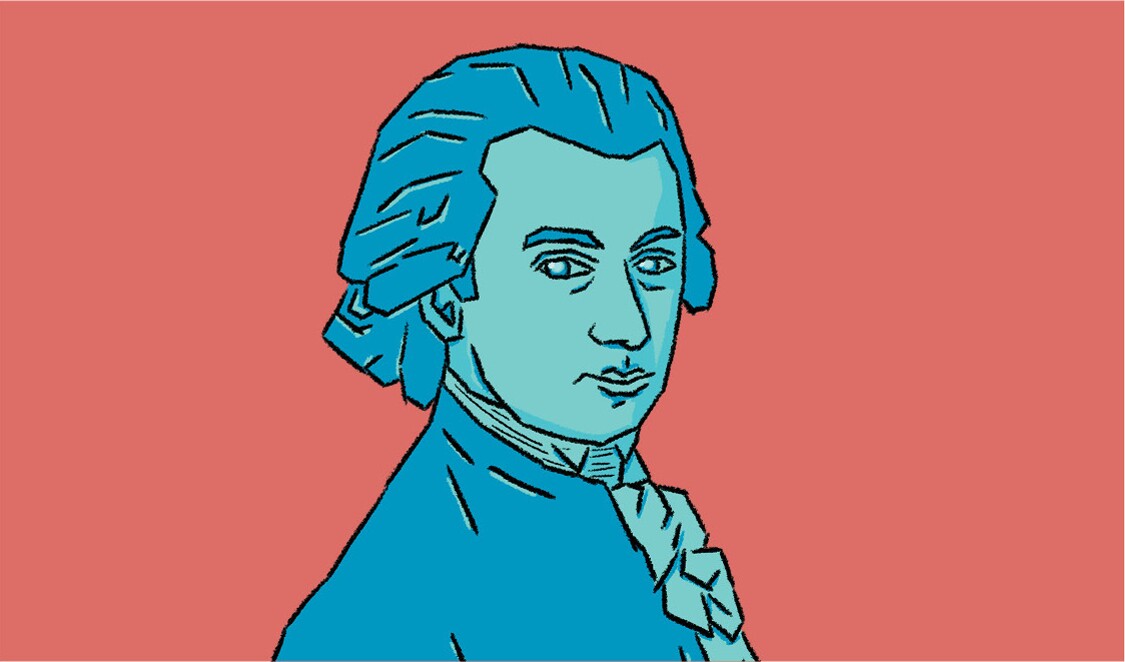 What’s the difference between a viola and a trampoline? You take your shoes off to jump on a trampoline.

Those damn viola jokes! Though usually good-natured and funny, they nonetheless belittle a middle-register instrument often hidden in an orchestra or string quartet. Composers have been notorious for giving filler to the viola. The solo literature (however affecting) is discouragingly small compared with the violin and cello.

The one thing you’ve got to love about viola jokes, though, is how easily they can be dispelled. Mozart, who played and loved the viola, did it in a few seconds with a single chord. Just listen to the opening blastoff of his Sinfonia Concertante for violin, viola and orchestra. A sudden burst of intensity with a mellow viola-infused chord is allowed to slowly fade, then it’s repeated half as long followed by two repetitions as quick beats. Each instance is more insistent than the last.

The chord itself is not just the sound of a viola amplified; that would be too narcissistic. Rather than expecting other instruments to sound like the rapt viola they are not, Mozart invites them into the soul of the viola. Oboes and horns and violins and cellos all play in the viola range. They reverberate like a viola. They find out what it feels like to be a viola within their own instrumental bodies and sonorities. We are all, essentially, violas, Mozart reveals. You can fake empathy, but you can’t fake being.

The extraordinary effect was produced by a composer who was 23 during summer 1779. Mozart was about to set off from Salzburg to the Austrian and classical music capital, Vienna, to find greater fame and fortune. He felt something coming. This opening chord might be a mysterious waft of viola perfume out of nowhere announcing the life-altering arrival of someone special. Or, maybe, it is the kind of adrenaline jolt you get by jumping into an icy Finnish sea after running out of a sweltering sauna.

Whatever magic there may be in five finger-snaps of the same chord in about as many seconds, it would be patently absurd to think that they alone have the power to overcome prejudice. Still, all we have to do is change our minds, and Mozart’s greatness was his capacity to show how that is possible. He does it first with revelation. Discourse is reserved for when your emotions are primed. This Sinfonia Concertante was the first instance of that wondrous Mozartean shock, through the senses, to the system.

The Sinfonia Concertante is a hybrid concerto-symphony, a concerto format in which solo instruments tend to blend into an orchestral fabric. In this case, Mozart chose it as a father and son affair, with the overbearing Leopold taking the violin part and Wolfie on the viola. There is affectionate jostling between the two solos. While often sounding dutifully submissive, the subtly subversive viola shows capable an originality and emotional profundity out of the violin’s depth. With the launch of his viola-infused chord, Mozart’s mission is one that would prove as much societal as musical. For the first time in this young man’s already triumphantly flourishing career, Mozart’s medium became, as though he were an 18th century Marshall McLuhan, his message.

Mozart had already wowed world royalty as boy-wonder on keyboard and as a composer. In his teens, he wrote symphonies, keyboard concertos, sonatas, Italian operas and religious music of remarkable fluency and flair. He mastered the Classical-era forms of his day with exceptional ease and composed at unbelievable speed. But the fact is that not until his ninth piano concerto, nicknamed “Jeunehomme” after its dedicatee, did Mozart truly stand out as more than a remarkably facile prodigy.

For the first time, he transformed the concerto, which mostly served at the time as a vehicle for showy virtuosity, into a drama. The soloist became like a character in an opera, capable of expressing a range of feelings from tragedy to boyish joy, within the classic constraints of symmetry, reason and the like. Even so, it took Mozart another two years, and about 100 more compositions, to mature to the point where he understood the profound potential for contravening convention.

There was no precedent for this Sinfonia Concertante — which has the chronological Köchel number of 364 and is in the same E-flat major key as the “Jeunehomme” (K. 271). Double and triple concertos tended to be celebratory and gimmicky. A good way to find favor in court could be to add, say, a third, unchallenging keyboard part in a concerto for three pianos that allowed an amateur member of the royalty to join in. Even Mozart’s playful Concerto for Two Pianos, K. 365, which he wrote for himself and sister around the same time as K. 364, is, for all its exuberant brilliance, a flashy work of little consequence.

The Sinfonia Concertante, on the other hand, announces its ambitions from the start, not only with that chord, but also with a flowering of melodies, one idea flowing from another, with as much irrepressible logic as invention. Harmonies are enriched by unexpected dissonances. It doesn’t take long for Mozart to use every note in the chromatic scale, and when he gets to the last one, a D-flat, he lets you know with great, unresolved emphasis.

The entrance of the soloists is miraculous. The standard concerto form is the exposition of themes by the orchestra in anticipation of a curtain-raising, showy solo entrance. Here, though, the violin and viola sneakily glide in from above like a couple of trickster angels; they hold very quiet high pitches a third apart as they gradually fall into the orchestral setting. They then dart back and forth. The violin exhibits a short phrase. The viola picks it up, and the violin soon joins in. The second time the violin tries a solo trick, the viola follows with a long extension. The violin tries to match, but the viola always can say — and feel — more. Yet Mozart never lets competition or dialogue stop, for a micro-second, progress, as one character thrillingly completes the sentence of the other.

In the “Jeunehomme” Mozart wrote his first poignant concerto slow movement. The Sinfonia Concertante’s slow movement is the second, this time resembling a duet of two operatic characters exploring each other’s feelings. Mozart’s fantasy already exceeds father and son niceties anticipating, instead, the kinds of exchanges of feelings between lovers that will eventually make his operas convey some of the most revealing expressions of love in art. The third movement is Mozart, bags packed, and on his way.

In short order, Mozart, prepped by the Sinfonia Concertante, would write his first consequential operas. The unfinished “Zaïde,” which is concerned with slavery, turned out to be a subject neither Mozart nor classical opera was yet ready for. With “Idomeneo,” however, he furthers father-son conundrums in an opera based on Greek myth that also reveals Mozart’s prescient understanding of the environment. Over barely more than a dozen years, Mozart would famously humanize all he touched.

What he started in the slow movement of the Sinfonia Concertante, then, became a paradigm for discovering through music the path to betterment and redemption that his operas present like no other to this day. Let’s not get carried away, listening to Mozart may not change your mind about anything. But it will give you the opportunity.

The Sinfonia Concertante, though far finer than Mozart’s five violin concertos, has never had quite the prominence and doesn’t show up all that often in performance. Still, it has been much recorded.

One of the earliest and most gripping has just been remastered and is available through Presto Music. Recorded at the 1951 Perpignan Festival in France, it has Isaac Stern and William Primrose as soloists and Pablo Casals conducting like his life depended upon it.

Not to be undone, Jascha Heifetz recorded a glorious account of it in Hollywood five years later, also with Primrose on viola.

A sinfully luscious modern performance, with a near-erotic slow movement, is on YouTube. Anne-Sophie Mutter plays with the ultra-rich Russian violinist Yuri Bashmet as part of her set of the Mozart violin concertos.

Period instrument performances can sound a little thin in this lush score, but Thomas Zehetmair and Ruth Killius, joined by Frans Brüggen and the Orchestra of the 18th Century, are exhilarating.

With live concerts largely on hold, critic Mark Swed is suggesting a different recorded music by a different composer every Wednesday. You can find the series archive at latimes.com/howtolisten, and you can support Mark’s work with a digital subscription.