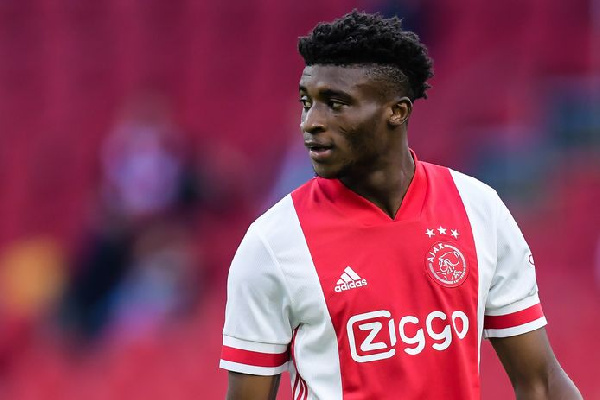 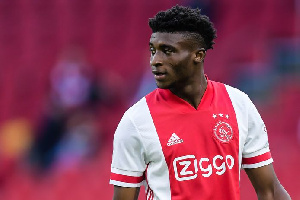 Ghana super-talented midfielder Mohammed Kudus has revealed that he is making speedy progress from the knee injury that has kept him out of action for Dutch giants Ajax Amsterdam.

The 20-year-old says his left leg that has terrorised defenders in the Dutch top flight this season is on the mend and will be back soon to inflict more misery on defenders.

The youngster also revealed that his Ajax team-mates and staff particularly the African members of the squad have made these difficult times a lot easier because of the immense support.

He expressed gratitude to millions of Ghanaians, Ajax supporters and football fans in general who has pilled in with touching get-well-soon messages following his unexpected injury.

The Ghanaian injured his meniscus and after a successful operation he is already on his way back thanks to the support of people around him who sympathized with him.

“I have received nice messages from everyone. I want to thank everyone for those boosts,” said Kudus.

The new Ghana star says the left leg is working hard on recovery and that is going well. “It’s almost back to normal now. I can do almost everything again, such as driving and walking without crutches. I am doing rehab and it is now back to normal.”

Due to his injury, Kudus cannot participate in Ajax’s matches, but he still feels part of the team of the Amsterdam-based team.

“I watch every game. In my mind, I am with them, even though I am physically not there. I support them at every game.

“Of course I was new, but my teammates and the staff helped me. The African fellow players made it easy to find my way around,” revealing he has settled in the Dutch city.

Kudus sustained the knee injury after a collision with Liverpool midfielder Fabinho before he was substituted in the match.

The Dutch giants revealed that he suffered a meniscus injury that will keep him on the sidelines for several months.