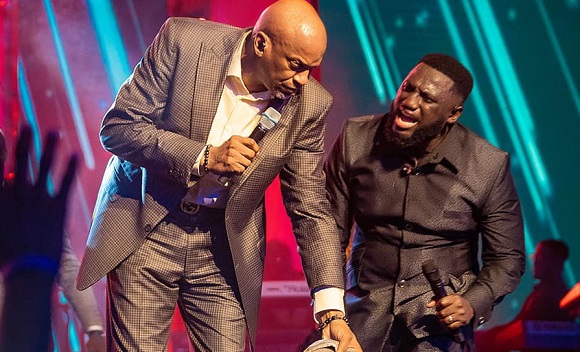 March 20, 2022, will go down in the history of Ghanaian music as another milestone in the gospel music industry.

Thousands thronged the 21,000 capacity Oil Dome of the Royal House Chapel in Accra, for the 6th edition of the New Wine Concert by MOGMusic.

The programme, themed ‘Koinonia,’ which means a place of fellowship, is the title of MOG’s next album, which was recorded live at the concert.

A song was recorded for each of them while they performed live at the concert. MOGMusic says the songs will be put on the artistes’ individual online platforms.

Patrons of the concert have described it as one of the biggest to have happened in recent times.