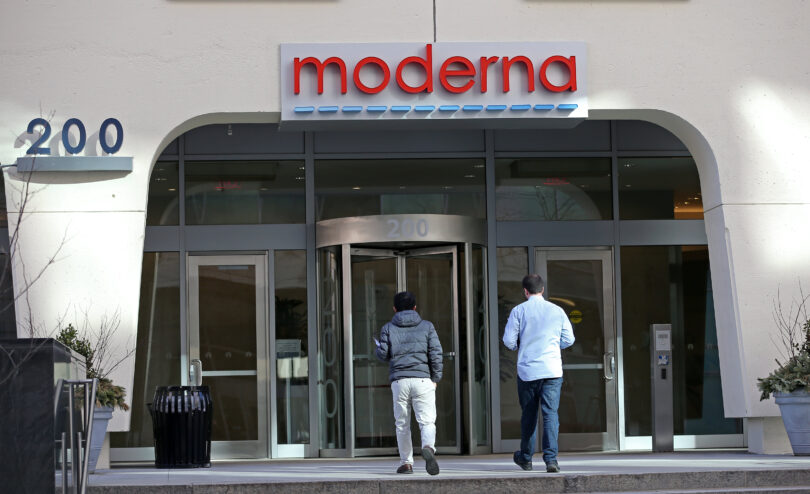 Moderna — Shares rallied more than 14% after the drugmaker said its coronavirus vaccine candidate was more than 94% effective in preventing Covid-19 during a trial. The company added it would seek emergency use approval from the Food and Drug Administration.

S&P Global, IHS Markit — S&P Global said it would buy IHS Markit for $44 billion, including debt, in a deal that is expected to close in the second half of 2021. S&P Global investors will receive 67.75% of the combined company once the deal closes. “This merger increases scale while rounding out our combined capabilities,” S&P CEO Douglas Peterson said. Shares of S&P Global rose 3.2% and IHS advanced 9.4%.

Nikola — Shares of Nikola dropped 24.4% after General Motors gave up its equity stake in the electric vehicle maker as part of a smaller deal between the two companies. In September, the two companies announced a $2 billion deal that gave GM an 11% stake in Nikola to supply battery and fuel-cell technologies. GM had also agreed to build Nikola’s Badger pickup truck. Under the new deal, GM will not build the truck.

Apple — The tech giant advanced more than 1% after bullish comments from Wall Street. Loop Capital Markets upgraded the stock to a buy rating and set a $131 per share target, which is about 12% above where the stock closed Friday. Separately, Morgan Stanley said early signs indicate that iPhone 12 sales are surpassing expectations.

Salesforce, Slack — The messaging platform popped more than 4% after CNBC’s David Faber reported Salesforce’s deal to buy Slack is expected to be announced Tuesday after the market close. Shares of Salesforce lost more than 3% in midday trading Monday.

Delta Air Lines — Shares of the airline ticked nearly 2% lower after Raymond James downgraded the stock to market perform from outperform. The call was mainly due to valuation.

Bank of America — The bank was downgraded to underweight from overweight by an analyst at Morgan Stanley. The analyst said Bank of America’s “tighter underwriting standards post crisis limit both their downside going into a recession and their relative upside coming out of one.”

Carnival Corp – Shares of the cruise operator fell more than 4% amid a sell-off in companies sensitive to the economy reopening. Royal Caribbean and Norwegian Cruise Line each slid 2%, while retailers Gap and Macy’s declined by more than 4%. The energy sector, which is by far the best-performing S&P 500 grouping this month, also declined, with Chevron and Exxon dipping 2%.

—CNBC’s Pippa Stevens and Maggie Fitzgerald contributed to this report.