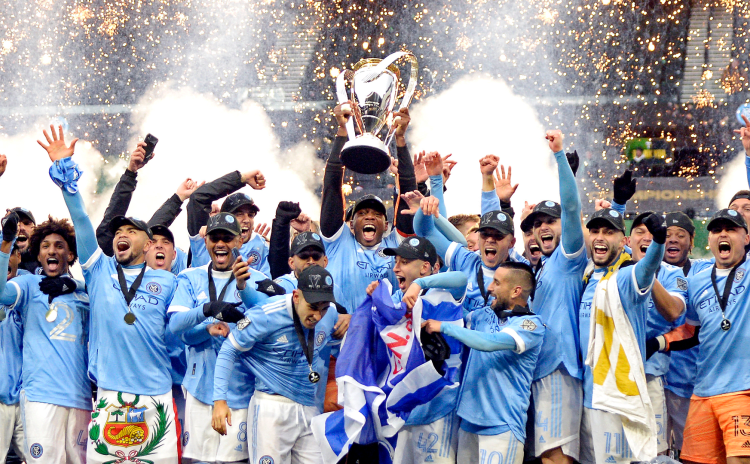 Major League Soccer has partnered with technology company Apple to stream every US top-flight men’s game worldwide for the next 10 years in what it calls a “historic first for sports”.

From 2023 fans around the world will be able to stream MLS and Leagues Cup games without restrictions through the Apple TV app.

Apple say it is a first for a major professional sports league.

“For the first time in the history of sports, fans will be able to access everything from a major professional sports league in one place,” said Eddy Cue, Apple’s senior vice president of services.

“It’s a dream come true for MLS fans, soccer fans, and anyone who loves sports.”

MLS commissioner Don Garber described the announcement of the deal as a “historic day”.