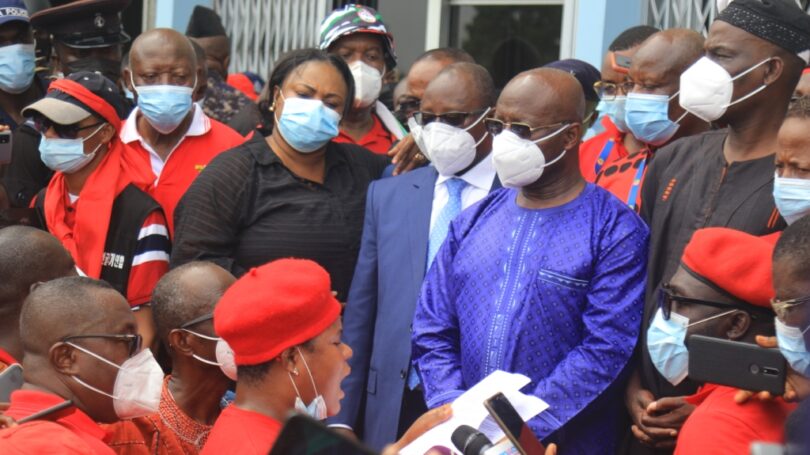 The protesting youth of the opposition National Democratic Congress (NDC) on Tuesday, July 6, 2021, submitted a petition to the presidency after their ‘March for Justice’ demonstration.

The National Youth Organizer of the party, George Opare Addo, led some members of the party to present the petition at the seat of government.

After reading out the content of the petition, he presented it to the Deputy Chief of Staff in charge of operations, Emmanuel Bossman, who gave assurances that the document will be given to President Akufo-Addo.

The group also presented a copy of the petition to parliament.

There have been growing concerns about the use of the military for civil events that ordinarily should be handled by the police.

The incidents that have angered many include the killing of some Ghanaians during the 2020 election, the invasion of Parliament by soldiers, the latest killing of two persons, and the injuring of four others who were protesting at Ejura in the Ashanti Region. 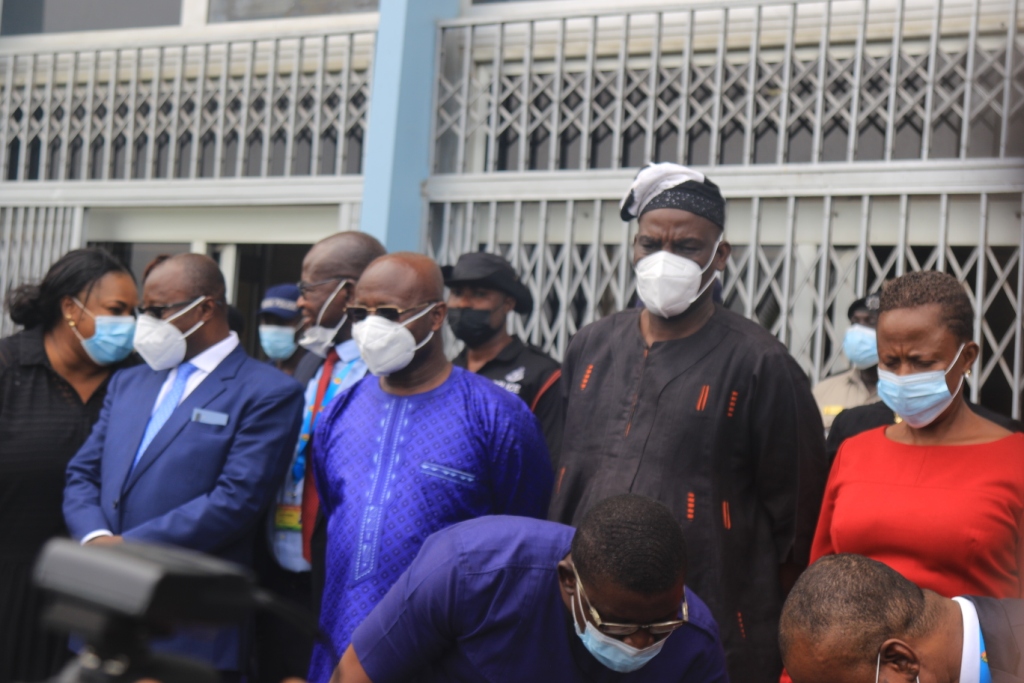 The brutalization of some residents of the Upper West Region in Wa by some soldiers over a supposed stolen phone has also been widely condemned.

Armed robbery and murder cases have also been on the rise in parts of the country.

Thousands of members and sympathizers of the opposition Democratic Congress, NDC, participated in the protest march that saw them walk from the Accra Mall through Opeibea, the Lands Commission office, Christ the King Church and the Flagstaff House, before proceeding to parliament.

The supporters, most of whom are clad in red and black, sang and chanted with various placards communicating their grievances.

Their placards read various inscriptions including, “Ahmed Suale deserved to live, No justice for the dead, no peace, #WeAreAllKaaka, We feel your silence Akufo-Addo and Bawumia, Ghanaian lives matter” among others.