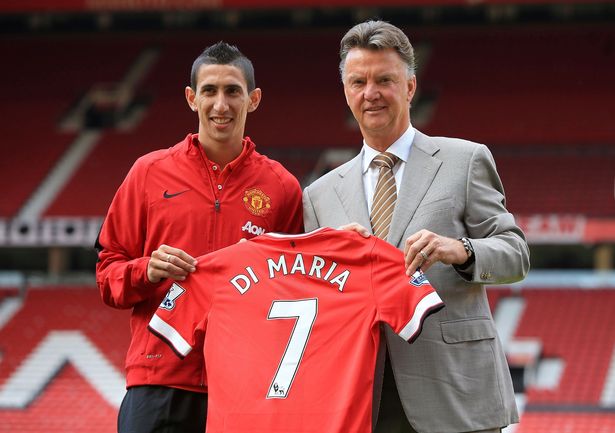 Donny van de Beek’s time at Manchester United may already be nearing its conclusion after less than a year.

The Dutchman joined from Ajax in the summer but has barely featured and is set for crunch talks with club chief Ed Woodward.

Ole Gunnar Solskjaer wasn’t keen on Van de Beek, according to the Daily Star, and that would suggest why he has only started two league games.

United’s recruitment over the years has bought the likes of Cristiano Ronaldo, Peter Schmeichel, Roy Keane and Jaap Stam to Old Trafford.

But they haven’t all been hits – Sir Alex Ferguson certainly signed his fair share of flops.

Since his departure, the big money plan has also led to some underwhelming faces arriving in Manchester.

United paid an initial £35m for the Dutchman which works out a £17.5m per league start.

His signing was met with raised eyebrows given the arrival of Bruno Fernandes only eight months earlier.

It was always going to be challenging to accommodate the pair in the same starting XI and so it has proved.

Van de Beek may well move on and be sensational elsewhere because his talent is undeniable, but it has been case of wrong place, wrong time.

The Cameroon international was signed in 2003 as a potential successor to Roy Keane. Fair to say it didn’t turn out as planned.

He moved from French side Nantes for £3.5m but was moved on to Aston Villa 18 months later.

Djemba-Djemba made just 20 appearances at Old Trafford, but did manage to claim an FA Cup winners medal.

His time in England didn’t last long and by the time 2016 came around he was playing in the fifth tier of Swiss football. 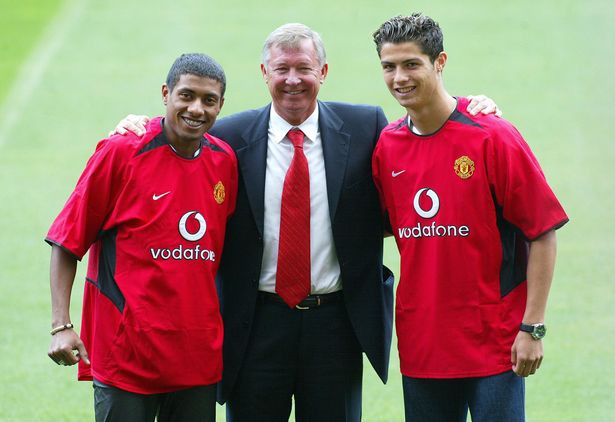 Kleberson was unveiled alongside Cristiano Ronaldo

He arrived in Manchester as a World Cup winner and there was high hopes for the midfielder.

United parted with £6.5m to sign the then 24-year-old from Atlético Paranaense.

Kleberson has since revealed that he only moved to the club because Brazilian team-mate Ronaldinho said he would soon be following suit.

He ended up going to Barcelona and United only handed the midfielder 20 league appearances before moving him on.

United captured Falcao on loan during a phase of his career when he was grossly underperforming.

The Colombian had been one of Europe’s finest marksman during prolific spells at Porto, Atletico Madrid and Monaco.

But he arrived in Manchester and struggled for form in his single season.

United paid his hefty wages, but in return they only got four goals in return. His fortunes didn’t improve much when Chelsea took him on loan the following season. 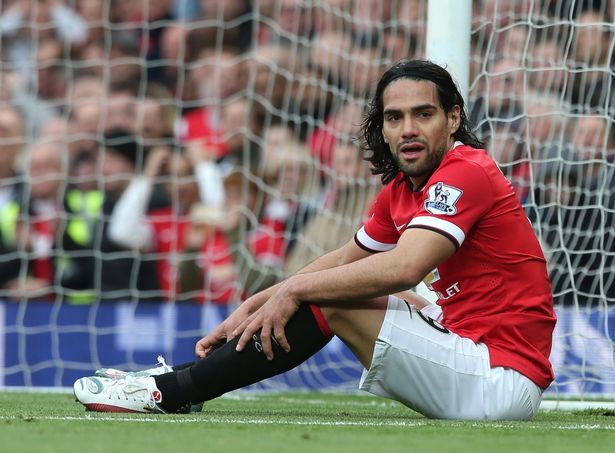 United paid £7.4m to sign the Portuguese attacker from Vitória de Guimarães back in 2010.

Ferguson stated that former assistant, Carlos Queiroz recommended him to the club. You wonder now whether he was having the Scotsman on.

He made just two league appearances and spent most of his time out on loan.

Bebe scored twice for United, but never in the league, with his strikes coming against Wolves and Bursaspor.

Similar to Van de Beek, the Argentine was just in Manchester at the wrong time.

He was Louis van Gaal’s marquee signing upon his arrival having just been named man of the match in the Champions League final.

United fans were licking their lips when he scored an audacious chip against Leicester early on, but that was as good as it got.

Di Maria and his family struggled to settle in Manchester, which wasn’t helped by his house being burgled.

He moved to PSG after just 12 months, but there we have seen his quality on show again.

Ferguson claimed he’d been tracking the striker for two years before he eventually signed him from Molde.

He spent a further year in Norway before arriving at Old Trafford, but he didn’t make much of an impact.

Diouf scored just once for United, marking the moment with a somersault celebration in front of the Stretford End.

He made nine appearances before several loan moves followed and eventually a permanent exit.

His crowning moment in Manchester came when he scored the winner for Stoke in a win over Man City. 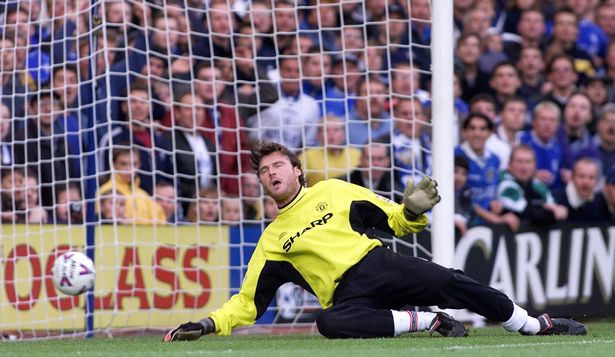 For years Ferguson tried in vain to replace Schmeichel in goal. He spoke glowingly when he captured Taibi however, believing he had found a gem in Italy.

He last one season in which he made four appearances. A now-infamous howler against Southampton costing him.

Matt Le Tissier struck a speculative shot that Taibi let through his legs as United drew 3-3.

He also shipped five in a loss at Chelsea.

The Italian’s time at Old Trafford was short and anything but sweet. 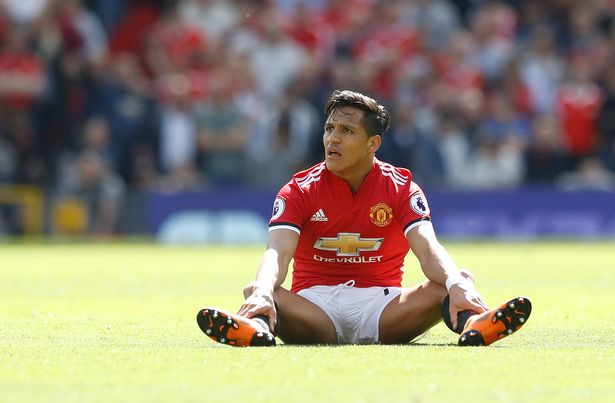 This is the move that probably best sums up United’s gung ho approach to transfers under Woodward. A vanity signing and nothing more.

They pipped rivals Man City to his signature but he was unable to replicate his Arsenal form in Manchester.

United paid the Chilean £500,000-a-week and in return saw him play 45 times and score five goals.

He is now at Inter Milan, but the fact that the Red Devils are still paying a portion of his wages is telling of their terrible decision making when it came to recruitment.

The Frenchman made a £3m move from Bordeaux in 2009 but only last two years before he was moved on to Newcastle.

28 appearances and a solitary goal was what Ferguson got for his investment although United managed to recoup the money they spent on him.

Obertan was by no means a success in the north east, but he did come on as a sub when the Magpies beat the Red Devils 3-0 four months after he left Old Trafford. 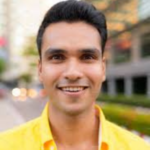