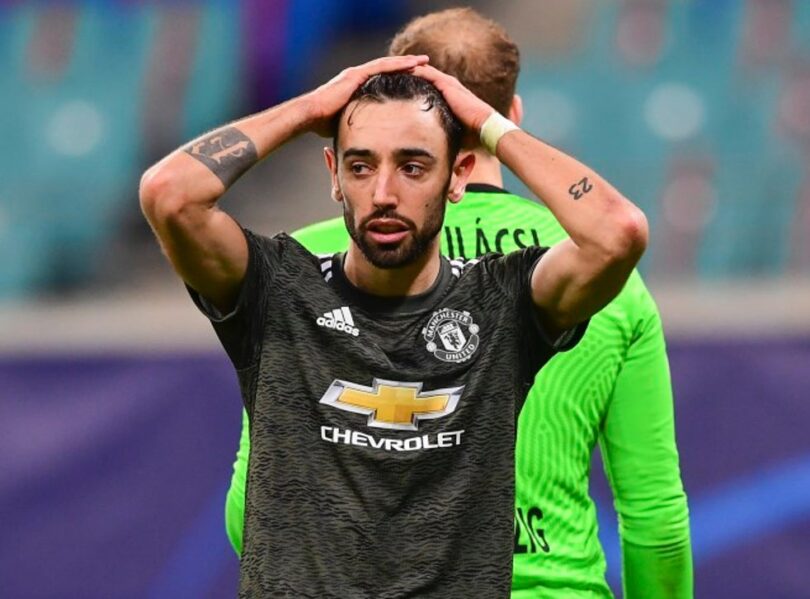 Manchester United were dumped out of the Champions League after losing 3-2 to RB Leipzig on a disappointing night for Ole Gunnar Solskjaer.

United, who knew they only needed a point to qualify from Group H, fell 3-0 behind in Germany after a shambolic defensive showing with on-loan Manchester City full-back Angelino (2), Amadou Haidara (13) and Justin Kluivert (69) putting the hosts firmly in control.

However, a Bruno Fernandes penalty with 10 minutes remaining sparked United into life and Paul Pogba, subject of some controversial comments from his agent in the build-up, played a big part to get United back to 3-2 as his header deflected off Harry Maguire (82) and into the net.

It left United with eight minutes to find an equaliser but despite a couple of hairy moments, Julian Nagelsmann’s side held on to send Solskjaer’s men into the Europa League.

The draw for the last-32 of the Europa League will take place from midday on Monday 14 December.