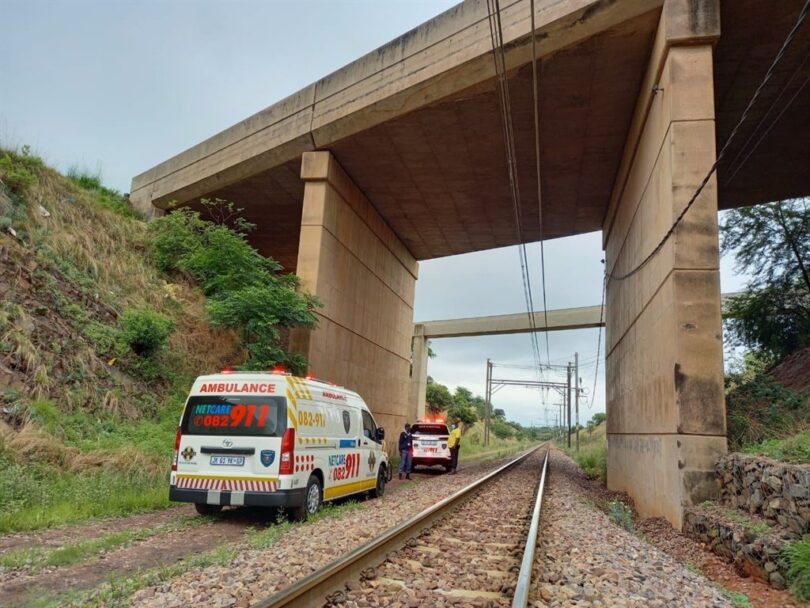 The scene where a man was thrown from a bridge.

An angry mob of people allegedly threw a man from a bridge on to train tracks in Roodeplaat in Gauteng on Saturday morning.

Netcare 911 responded to reports of a fall in Steenbok Street in Roodeplaat.

On arrival, medics found a man in pain next to the train tracks.

Netcare 911 said in a statement that, according to witnesses, angry community members threw the man from a bridge.

The man sustained serious injuries and was treated on the scene.

Once stabilised, he was transported by ambulance to hospital for further treatment.

News24 reached out to the police for comment which will be added once received.