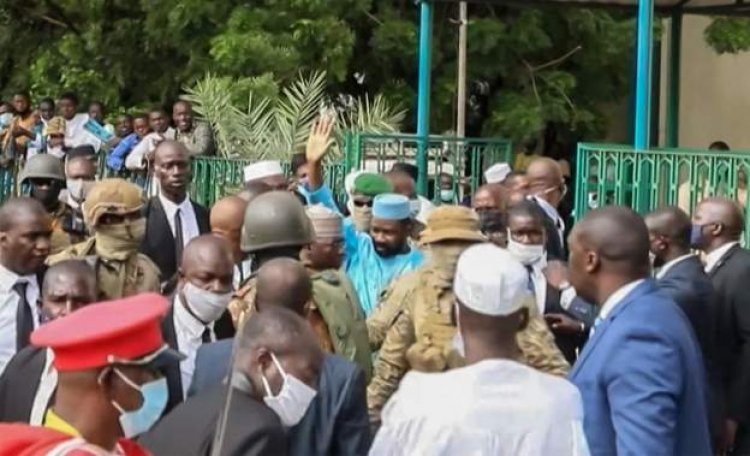 Mali’s President Assimi Goïta is “safe and sound” after an attacker armed with a knife lunged at him at a mosque in the capital, Bamako, his office has said.

An AFP journalist at the Grande Mosque in Bamako where Col Goïta had joined other worshippers for Eid ul-Adha prayers said the president was attacked by two men, but only one was wielding a knife.

A statement from the presidency said the attacker was immediately apprehended and the president driven straight to a military barracks outside the city.

A minister described it as an attempt on the president’s life.

Huge crowds had gathered at the mosque for the prayers, which mark the start of the Muslim holiday known as the Festival of Sacrifice.

The attack is a concern for a country facing mounting security challenges, including a jihadist insurgency with frequent attacks by groups linked to al-Qaeda and the Islamic State group.

Col Goïta is a controversial figure – having carried out two military coups in less than a year.

He declared himself president in May after ousting the interim government that had been installed after he led a coup against former President Ibrahim Boubacar Keïta last August.

He has pledged to return the country to full civilian rule early next year.