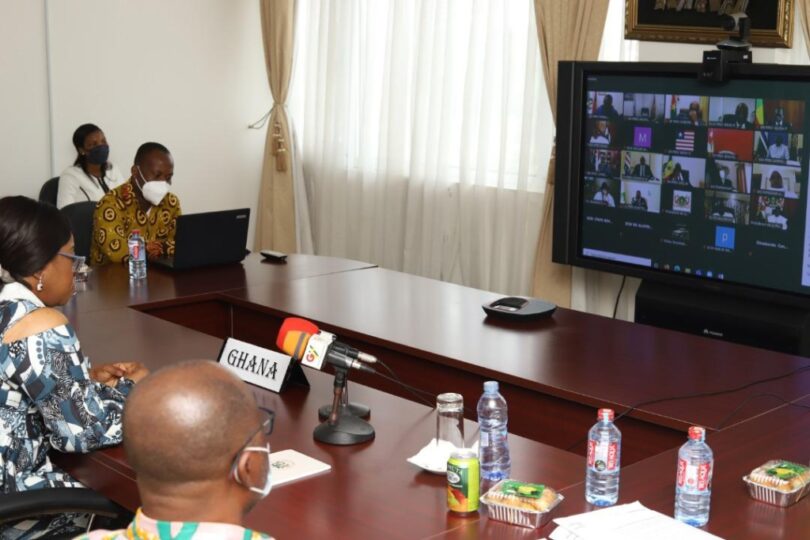 Ghana has joined the other ECOWAS Member States and the International Community to condemn Mali’s military mutiny.

The incident had resulted in the arrest and subsequent resignation of President Ibrahim Boubacar Keita, dissolution of his government and the national Assembly.

Minister of Foreign Affairs and Regional Integration, Shirley Ayorkor Botchwey on Thursday, said the coup d’état in Mali was contrary to the tenets of the ECOWAS Protocol on Democracy and Good Governance and the established practice of constitutional and democratic rule in the region.

“Regrettably, the military action has eroded the gains made by ECOWAS in the region, particularly efforts to consolidate the democratic credentials of Mali,” Madam Ayorkor Botchwey, who represented President Akufo-Addo at the virtual Extraordinary Summit of ECOWAS Heads of State and Government, said.

President Nana Addo Dankwa Akufo-Addo, could not attend the Summit due to urgent national engagements.

“The event in Mali is taking place at a time when the country is experiencing socio-economic and political difficulties, complicated by security threats posed by jihadists and extremists which have been worsened by the Covid-19 pandemic.

“The security situation in Mali poses grave danger to regional security if not urgently and effectively managed,” she said.

The Minister said the situation had the potential to escalate jihadist activities in the country and the Sahel region in general.

She noted that it also had the potential to destabilize the region and further undermine development within Mali.

She said Ghana reiterates its solidarity with the positions expressed by ECOWAS Commission, the African Union and the United Nations Security Council as well as other International Organisations in rejecting unconstitutional change of government in Mali.

She said the Government of Ghana supported the call for the establishment of a transitional government headed by a civilian to oversee the return to normalcy, peace and order as well as constitutional rule in Mali as provided for in the country’s Constitution.