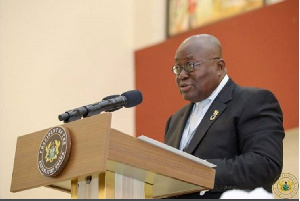 President Nana Addo Dankwa Akufo-Addo has expressed gratitude to the Ghanaian people for the success of the “Year of Return” campaign introduced by his government.

While in Washington, D.C. in September 2018, the President declared and formally launched the “Year of Return, Ghana 2019” for Africans in the Diaspora.

Its purpose was to commemorate the 400th-anniversary of the time when the first 20 West African slaves were brought to the Commonwealth of Virginia, which subsequently became part of the United States of America, thereby initiating one of the most unfortunate and barbaric episodes of human history – the Trans-Atlantic Slave Trade.

Since the launch, Ghana has seen an array of celebrities and diasporans across the globe make their way into the country to unite with Africans on the continent.

The world has praised Ghana for the initiative and hailed the impact of the campaign.

In the President’s view, the welcoming attitude and the warm Ghanaian hospitality proved to be the strongest attraction to the hundreds of thousands who visited the country last year to commemorate the “Year of Return”.

“The ‘Year of Return’ afforded us the chance to re-establish, intensify and solidify the relations between those of us on the continent and those in the diaspora,” he said in his thank you message.

Nana Akufo-Addo noted that as the government begins the new initiative of ‘Beyond The Return’, which would entail Ghanaians engaging in mutually beneficial trade, investment and cultural cooperation with the African diaspora, he is urging all Ghanaians to demonstrate the same level of excitement and commitment that charecterised the ‘Year of Return’ and help make it, also, an enduring success.

Below is President Akufo-Addo’s full thank you message: 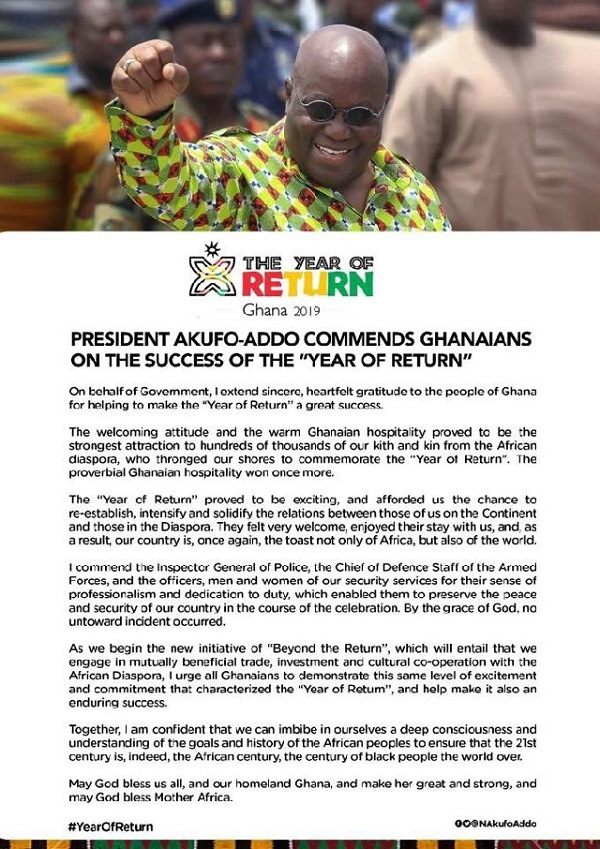