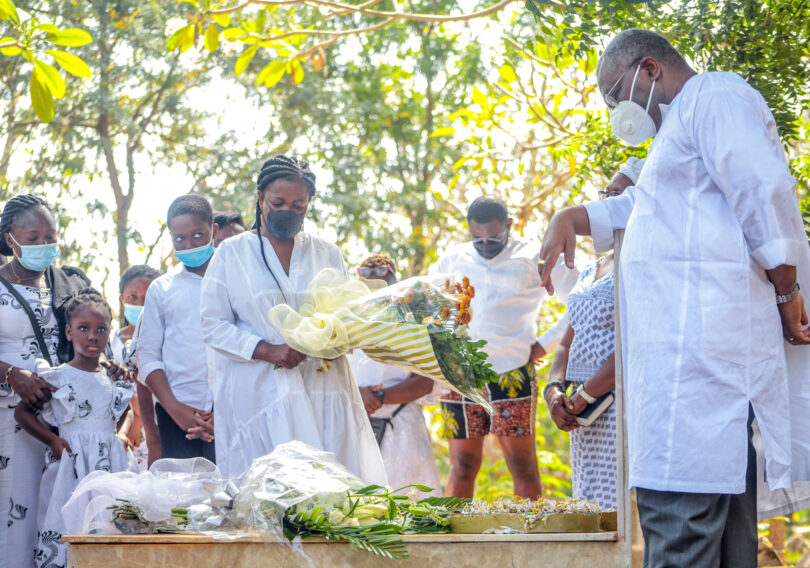 Member of Parliament for Ayawaso West Wuogon, Lydia Seyram Alhassan together with family have commemorated the two-year memorial anniversary of the late Emmanuel Kyeremateng Agyarko.

Clad in white, the family visited the former lawmaker’s grave with wreaths and solemnly observed the tradition of the memorial.

In a heartfelt message, Mr Agyarko’s wife, Madam Alhassan on Facebook said the family will never forget the impact he had in their lives.

“2 Years ago you left us. Paradise your home. You remain in our hearts. You remain our hero whose memory we shall forever cherish… The Children and the rest of the family pray you to rest peacefully in the bosom of your maker,” she wrote.

Also among the members at the solemn event was the late MP’s brother, Boakye Agyarko.

Mr Agyarko was the Member of Parliament for Ayawaso West Wuogon until he died on November 21, 2018, at a hospital in the United States.

The late NPP lawmaker is said to have gone to the United States to seek medical care after an undisclosed medical condition was stabilised at the Ridge Hospital in Accra.

After his death, his wife contested for the MP position in a by-election and won and is currently seeking re-election in the Election 2020.