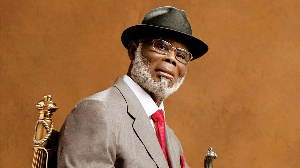 An Accra High Court last Friday, dismissed a certiorari application brought before it by Seinye Lulu-Briggs to quash the orders of the Coroner for an inquest into the death of her husband, High Chief O.B. Lulu-Briggs.

The judgement, came on the heels of the ruling by the same High Court on Tuesday, February, 25, 2020, declining Mrs. Seinye Lulu-Briggs’ application for an injunction to stop the Ghana Police and the Transition Funeral Home from releasing the mortal remains of her husband to the family, led by Chief Dumo Lulu-Briggs, until her application to stop the inquest is determined.

The judge, Justice Daniel Mensah, had declined Seinye’s application for an injunction and fixed last Friday to hear her certiorari application to quash the orders of the Coroner for an inquest.

The decline by the High Court to grant the application for an injunction, enabled the family, led by Chief Dumo Lulu-Briggs, to take custody of the corpse on that Tuesday, February 25, and transport it to his hometown of Abonnema, Rivers State–Nigeria for burial.

It will be recalled that within an hour after the Supreme Court in Ghana on February 11, 2020, dismissed Seinye’s application to deny release of the mortal remains of the High Chief to his family by custom led by Chief Dumo Lulu-Briggs, the widow filed a motion for injunction in the same High Court in Ghana, where she had a pending certiorori application to quash the Orders of the Coroner for an Inquest into the death of her husband to begin.

In her applications, she claimed that the Coroner lacked the geographical jurisdiction to order for an inquest and that if the corpse was released before her application was heard, it would prejudice her case.

A Magistrate and Coroner had on September 6, 2019 ordered an inquest into the death of High Chief Lulu-Briggs, saying: “With this additional information to the one that forms the basis of the police application, I have reasonable cause to believe that the deceased did not die a natural death and I therefore deem an inquest necessary and accordingly order for one to be done”.

Strangely, Seinye Lulu-Brigggs brought a certiorari application to a High Court to quash the orders of the Coroner for an inquest into the circumstances of her husband’s death.

Her application was thrown out on Friday, the second application thrown out within four days and the inquest as ordered by the Coroner therefore stands.

It is instructive that an inquest is not a criminal trial but an investigation into circumstances where a Coroner has reasonable cause to believe that a death was violent or unnatural or where the cause of death is unknown.

An Inquest, includes an autopsy, but is not limited to an autopsy. An Inquest is, therefore, an investigation into cause and circumstances of a death.

All over the world, inquests are sometimes done long after burial, as was in the case of Lady Diana. The inquest as ordered by the Coroner in Accra, Ghana, does not in any way stop the burial of Late High Chief O.B.Lulu-Briggs.

However, Mrs. Seinye Lulu-Briggs, has again, gone to another court in Accra, with an application, requesting the Ghana Attorney General to cancel the “Export Permit” granted Chief Dumo Lulu-Briggs to take his father’s mortal remains out of Ghana to Nigeria.