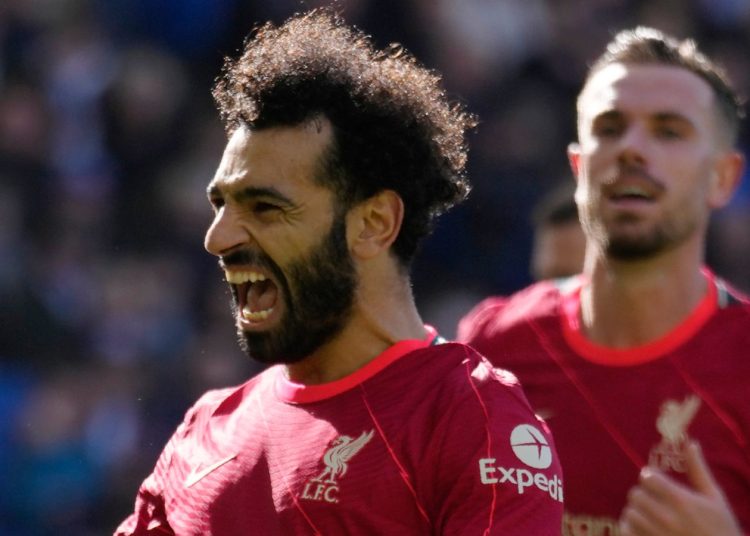 Luis Diaz continued the fine start to his Liverpool career as he raced on to Joel Matip’s superb pass and headed past the onrushing Robert Sanchez after 19 minutes.

The Brighton goalkeeper was fortunate not to receive any punishment as he clattered into the Colombian forward, whose celebrations were put on hold as he received treatment following the high challenge.

Mohamed Salah sealed the three points with a second-half penalty awarded after a handball by Yves Bissouma – with the Egypt forward’s 20th strike of the campaign bringing up Liverpool’s 2,000th Premier League goal.

It is a fifth successive defeat for Brighton, for whom Danny Welbeck went closest to scoring with two minutes remaining but Alisson produced a fine save to avoid any late complications.