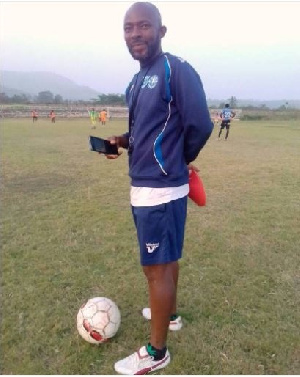 Liberty Professionals coach David Ocloo has expressed his dissatisfaction after his side drew 1-1 with Medeama SC on match day three of the Ghana Premier League over the weekend.

The Scientific Soccer Lads have drawn their last three games in the season following their recent stalemate at the Carl Reindorf Park, having being held by Legon Cities FC, Berekum Chelsea and Medeama SC

Liberty took an early lead in Saturday’s game but Medeama fought back to score the equaliser courtesy Nana Kofi Bail strike in the dying embers of the game.

Speaking in a post match interview, coach Ocoloo said he is disappointed his side couldn’t seal their first win of the campaign.

“It’s unfortunate we had to draw today too but this is football. “You lose, you draw and you win. I was a bit disappointed but I think it’s fair,” he said.

“I think psychologically we are not up there and I think lack of concentration is a big factor but we will work towards that,” he said.