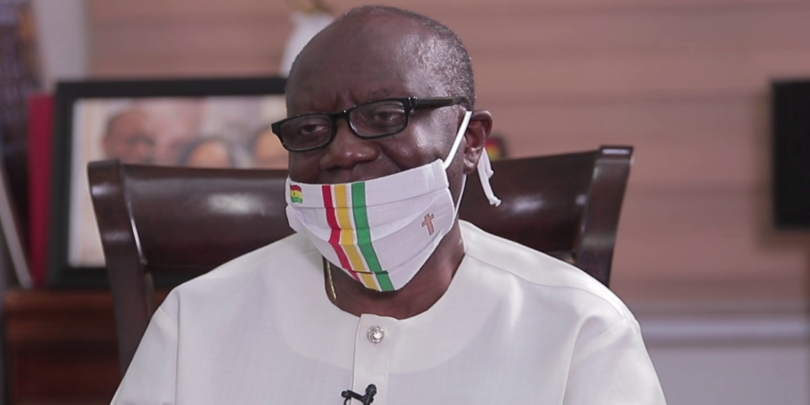 Finance Minister, Ken Ofori-Atta has urged Ghanaians to join the government in fixing the challenges facing the country together.

A group of Ghanaians who are unhappy with what they call the economic challenges in the country have taken to social media to express their grievances.

Using the hashtag #FixTheCountry on social media, members of the movement had expressed displeasure over successive governments’ failure to improve the living standards of Ghanaians.

But Mr. Ofori-Atta, in outlining the government’s action in response to the campaign, said Ghanaians must rise up and fix the country together.

“In the coming days, we will move swiftly to address the issues that #FixTheCountry have raised. First, I am working with the Minister for Water and Sanitation to immediately ensure potable water to areas of critical need. Secondly, I am working with the Ministers of Roads and Highways, Transport and Interior to address congestion along the major highways. Thirdly, we are fast-tracking the implementation of the $200 million jobs and skills programme and economic transformation programme to enhance job creation significantly.”

“Fourth, starting this month, we are rolling out over eight additional interventions under the GhanaCARES Obatanpa programme and these will be in the health, agriculture, trade, tourism, digitisation, science and technology, housing and financial service sectors. Fifth, by the end of July, we will have a new development bank capitalised with over $500 million that will provide long term whole financing and not retail, as happened in the past, to the private sector through commercial banks and non-bank financial institutions such as venture capital companies for SMEs, to ensure financing to the youth. So let us rise up and build together and let us #FIXTOGETHER.”

The “#FixTheCountry” campaign has been trending online since it started on Twitter over a week ago.

It has since become more organised, with its members attempting to hold a demonstration on May 9.

The planned demonstration was however stifled by the state after the Ghana Police Service secured an injunction against it.

The court ruled that the planned protest would not be able to come off until the restriction on public gatherings is lifted.

Conveners of the protest have now moved to challenge the injunction.