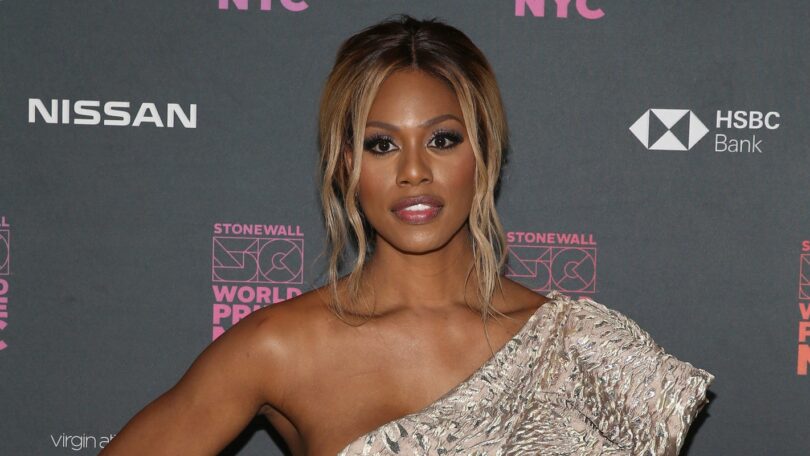 Actress Laverne Cox is “definitely in shock” and “triggered” but OK after a transphobic attack while walking with a friend in a park.

Cox, 48, shared in a live Instagram video Saturday that she and a male friend had been walking earlier that day in Los Angeles’ Griffith Park when a man “very aggressively” asked for the time. Cox’s friend told him what time it was, after which the man asked, “Guy or girl?”

Her friend, understanding the man was referring to Cox, told him to “(expletive) off” and the man began hitting her friend, she recalled. The actress and her friend, whom she wanted to keep anonymous, believed the man wanted Cox to answer his questions so he could gauge “whether I’m trans or not.”

Cox said she pulled out her phone to call 911, but “all of a sudden, it’s over and the guy is gone,” so she didn’t call the police.

Cox is one of the most notable transgender actresses in Hollywood, known best for her role in “Orange is the New Black,” and has dedicated her career to promoting the welfare of trans people on and off the screen.

“This dude was looking for trouble … because I happened to be a trans person in public,” she said. “That’s all it felt like. This isn’t shocking to me – obviously, this is my life. I’ve dealt with this a lot, but it never fails to be shocking, I guess… I’ve been trans my whole life, I’ve been harassed and bullied my whole life. None of this is new, but it’s still just kind of like … why do you need to be aggressive?”

She added: “If doesn’t matter who you are. You can be, like, Laverne Cox, whatever that means. If you’re trans, you’re going to experience stuff like this.”

The two were physically OK but were left in shock and Cox wondered if she should have recorded the incident, or if there was something she could have done to prevent it from occurring in the first place.

“I started blaming myself,” she said. “We were walking in the park. We weren’t doing anything. I think it’s important to remind myself and remind you that when these things happen, it’s not your fault. It’s not your fault that there are people not cool with you existing in the world.”

A record number of transgender and gender nonconforming people have been killed by violence this year: The Human Rights Campaign has tallied at least 39 deaths in 2020 as of Nov. 24, though the organization notes that number is likely higher because of those unreported or misgendered in media or police reports.

From ‘Disclosure’ to ‘Pose’: What movies, shows to watch during Transgender Awareness Week

“It’s just – it’s not safe in the world,” Cox said. “I don’t like to think about that a lot, but it is the truth and it is not safe if you’re a trans person.”

The actress said she was thankful to have been walking with her friend, who quickly understood he needed to step in to protect her.

“He was like, ‘Yeah, I’ve been out in public with trans people before and that’s never happened,’ ” Cox said. “I was like, ‘Yeah, that’s happened to me a lot.’ It doesn’t always get physical, but yeah. I’ve had a long history of street harassment in New York.”

She added: “I don’t know why it matters. At the end of the day, it’s like who cares? I’m in a hoodie and yoga pants, completely covered up, I’ve got my mask on. Who cares if I’m trans? Why does this affect your life?”