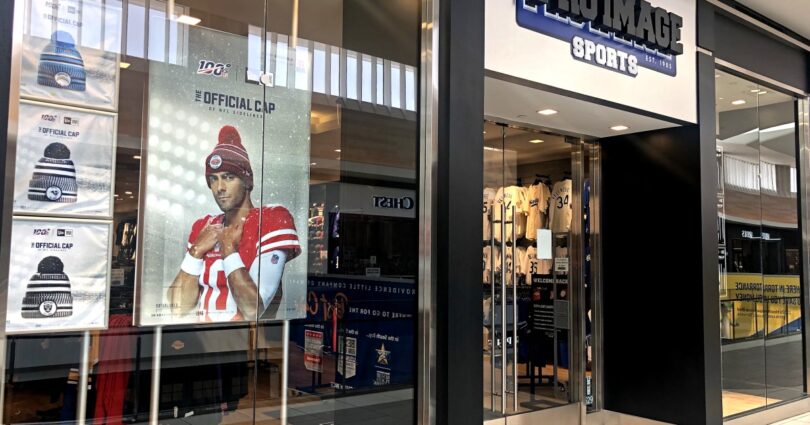 The operator of a sports apparel store in Del Amo Fashion Center in Torrance has filed a lawsuit against Los Angeles County in an effort to ease countywide restrictions on operating businesses in indoor malls during the COVID-19 pandemic.

Also objecting to the limits is the largest owner of indoor malls in the county, Unibail-Rodamco-Westfield, which called the county‘s restrictions that are now stricter than state guidelines an “undue hardship” on the company and its store tenants.

In a proposed class-action lawsuit filed last week in the U.S. District Court for the Central District of California, the owner of Rivas Sports Inc. said it was unfair for the county to shutter “nonessential” businesses like hers that have their front doors inside of an enclosed mall.

Stores in shopping centers that have their own doors to the outside can still operate under safety guidelines issued by the county in May as pandemic-related restrictions on businesses were eased. Interior mall stores were allowed to operate at 50% occupancy until they were closed by the state in July as infections surged.

Gov. Gavin Newsom on Aug. 28 unveiled a plan that allowed Los Angeles County to reopen stores and malls at 25% capacity, but county officials opted to keep most stores inside malls closed. Hair and nail salons can reopen countywide with limited service.

Rivas Sports owner Daisy Rivas said she is willing to follow the state rules, which would mean allowing only eight customers at a time inside her Pro Image Sports shop at Del Amo Fashion Center.

“We have operated safely and followed the government guidelines to the letter of the law, and we are prepared to be fully compliant” with Newsom’s guidance, Rivas said. “Yet without a single word of explanation by the county, they continue to shut us down. We and many other small businesses need our stores open in order to survive.”

The lawsuit was filed by Rivas on behalf of other retailers together with the owner and manager of Del Amo Fashion Center, an affiliate of Simon Property Group. Indianapolis-based Simon is one of the largest mall operators in the country.

“This blatantly unconstitutional act prevents interior mall stores from operating, crushing their businesses, denying their employees of their livelihoods, and laying waste to their businesses,” the plaintiffs said in their complaint filed with the court.

The county’s public information office said it would not comment on pending litigation, but released this statement:

“From the onset of the pandemic, Los Angeles County has been intensely committed to protecting the health and safety of its residents through an unprecedented crisis using science and data and responding in real time to a deadly and previously unknown virus that has tragically claimed thousands of lives and upended life for millions of people — not just in Los Angeles County but across the nation and around the world.

“The county continues to assess the data, the science and the state guidelines to safely guide the reopening of our critical community and economic sectors.”

Newsom appears to be taking a far more cautious approach to reopening businesses than his first effort in the spring, when his decision to rapidly ease restrictions led to such a major surge in cases that he ordered another statewide shutdown.

Los Angeles County has a daily average of 8.1 cases for each 100,000 residents, Dr. Barbara Ferrer, director of the county’s Department of Public Health, said Wednesday. The trend of infections is down, but the average number needs to be less than 7 for the county to move up from the most restricted tier for business openings, Ferrer said.

The store owners’ lawsuit, however, says county restrictions arbitrarily deprive them of their property interests and other legal rights without due process.

“Our Del Amo Fashion Center is a true center of our community in the South Bay, and we are taking extraordinary measures to operate safely,” Nathan Svihlik, the mall’s general manager, said in a statement. The mall is one of the largest in the region with more than 250 retailers, most of which are closed by county rules.

Unibail-Rodamco-Westfield, which operates Westfield-branded centers, objected to the indoor business limitations in a letter to the Board of Supervisors last week that accused the county of a lack of transparency about the data it used to decide restrictions.

“Regrettably, the county’s treatment of indoor malls appears to be arbitrary and based on the misconception that these facilities are less safe than functionally equivalent big-box retailers that have been allowed to operate throughout the pandemic,” said Jean-Marie Tritant, president of U.S. operations for the French company.

Tritant made the case that indoor malls are safer than other stores now operating, citing “significantly larger interior pavilion space, easily separated entrances and exits, as well as extensive security infrastructure; all of which allows indoor malls to maintain separation among guests that is not possible at the average grocery store or big box retailer.”

County supervisors received objections Tuesday from opponents of its COVID-19-related restrictions on businesses and also heard from supporters of the rules. The board didn’t take new action.

Rivas, who has six Pro Image Sports stores in Los Angeles County indoor malls, said she is running out of time to get her shops open and generating sales to pay employees she hopes to rehire. She furloughed 38 L.A. County employees in July and formally laid them off in August, she said.

“Every day that goes by is another day closer to considering that we have to be permanently closed,” she said.