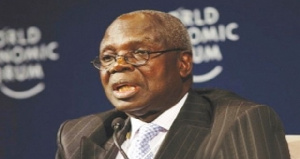 Former Board Chair of the GIPC, Dr Ishmael Yamson

According to him, the Heavily Indebted Poor Countries (HIPC) funds could have propelled the Ghanaian economy if funds were diverted to necessary capital infrastructures.

Speaking at the 71st Annual Year School and Conference at the University of Ghana, the former GIPC board chair compared the strides made by South Korea, Malaysia, and Ghana as to the efficient use of accrued HIPC funds.

Failure of Ghana to prioritize its economic transformation agenda has resulted in the country’s current economic woes, he added.

In February 2002, the Executive Boards of the International Monetary Fund (IMF) and the International Development Association (IDA), agreed to support a comprehensive debt reduction package for Ghana under the enhanced Heavily Indebted Poor Countries (HIPC) Initiative.