Home » Kotoko, Ashgold will qualify in their next games 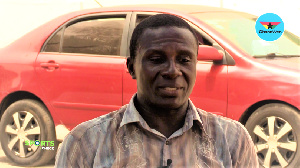 Ex-Hearts of Oak defender Amankwah Mireku is very optimistic that the two clubs representing Ghana in the CAF competitions, Kotoko and Ash Gold, will defeat their opponents in their respective return matches.

According to him, both clubs have a chance to determine their qualification into the next stage.

Adding that, the clubs should put away the previous game and focus on the upcoming fixtures.

He further stated that, though many players do complain about pitches, it shouldn’t be a factor that will hinder their chances of qualifying for the championship.

Amankwa Mireku also added that football is all about supporters so both Kotoko and Ash Gold should make their fans proud and make them smile again leaving no stone unturned.

In an exclusive interview with Rainbow Sports, when asked about the return of Kosta Papic to Hearts of Oak he said ”Management has a reason why they brought him back and he believes with his inclusion into the team it will stir up the zeal in the club.

The ex-footballer believes that” if the club has a technical director and does not have an assistant coach and the team is still gelling together, then it is a step in the right direction since football is all about players”

He concluded by saying ”as an ex-footballer, his doors are opened to the clubs should they call for his assistance”.