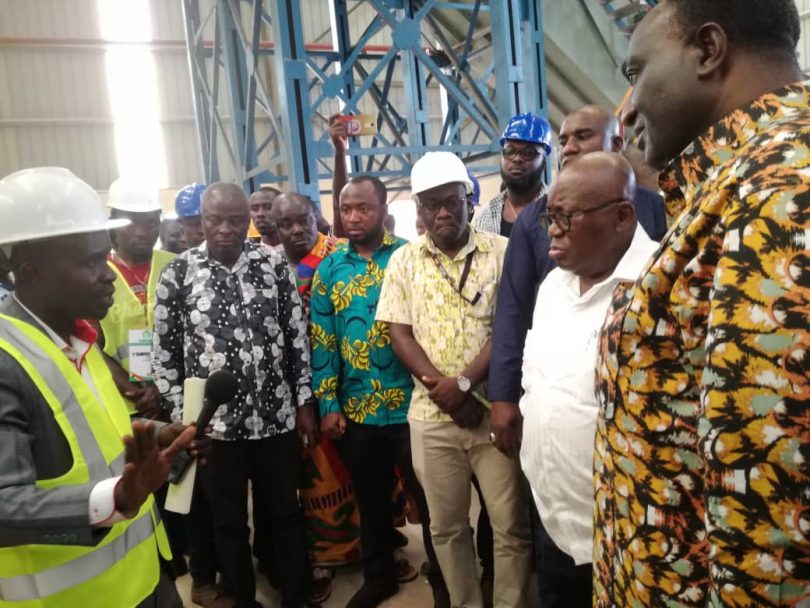 President Nana Addo Dankwa Akufo-Addo has given the assurance that the Komenda Sugar factory will be commissioned this year.

The President who is on a two-day tour of the Central Region explained that the National Democratic Congress government failed to revive the factory, hence his desire to do so to create the needed employment.

The President made these comments after touring the Komenda Sugar Factory.

“The factory has been on my heart. It is left with a bit. Great works are going there. The commissioning will come in a little while.”

He explained that plans are in place to ensure that raw materials are made available to feed the factory.

According to the former member of Parliament for Mfantsiman, the state in which they met the old factory has been changed to an ultramodern one, adding that the story of the factory must be told since it is a good one.

“These are very new machines. These are not the old ones we are continuing with… I am very happy that the NPP government led by Nana Akufo-Addo promised to deliver, and he has done it.”