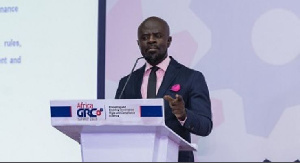 Speaking on Joy FM as part of the Constitutional Day celebration and to explain some constitutional provisions to Ghanaians, Kofi Abotsi said all Ghanaians drivers are required by law to at all times carry their drivers’ licence.

According to the lawyer, when the police upon stopping you demand your licence and you are not able to produce it you have committed an offence.

Most Ghanaians have complained about how sometimes police officers request for their licences and seized them before processing them for court.

Some have also questioned the law allowing a police officer to request for a drivers licence.

Explaining the law allowing the police officers to demand drivers’ licence, Kofi Abotsi said the laws of Ghana oblige Ghanaian drivers to at all times carry their licence.

Kofi Abotsi further stated that the discretionary powers that accompanied the law can either be exercised by the police or not.

He added that if the driver can provide reasonable explanations on how he or she is not having the licence with them maybe they were just attacked by armed robbers before approaching the police they can be pardoned.

Speaking on arrest and liberties, Kofi Abotsi said until you are arrested you are a free person and after your arrest, you are not. But the police in the arrest must follow the processes outlined by law to deprive you of your liberties.

“…..a person is free until arrested, liberty is a fundamental human right in Ghana and the process of depriving a person his liberty has been specified in the constitution, so unless you been taking through that process you cannot be deprived of your liberty so to speak, even putting is in the context in which you have that she or he had been picked up is problematic, the police a police must go through a process to arrest you..”