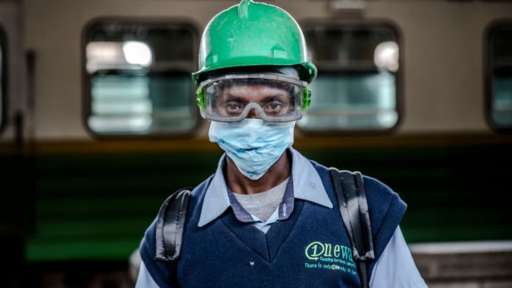 Kenya has announced the first full recovery of a patient with COVID-19, the respiratory illness caused by coronavirus.

President Uhuru Kenyatta has also ordered a curfew, pay cuts
and tax reliefs in a range of measures to combat coronavirus.

In a televised address, President Kenyatta described the
full recovery of the patient as encouraging news.

However, Kenya’s confirmed cases also rose by three to 28 on
the same day.

Mr Kenyatta also announced a 100% tax relief for persons earning up to $240 (£202) a month, while the others will pay 5% less on income tax. There were also reductions on corporate and value-added tax.

The financial changes begin on 1 April and are subject to parliamentary approval.

Additionally, Mr Kenyatta announced voluntary pay cuts for
himself and senior civil servants to free up funds to fight coronavirus. The
president and his deputy shall take an 80% pay cut, while Cabinet ministers
will volunteer 30% of their salaries.

He called on all arms of the government to join in by making
similar voluntary reductions.

He also announced a $100m (£84m) cash transfer to cushion
the country’s vulnerable population, including the elderly and the orphans.

All government personnel aged 50 years and above will
proceed on leave or work from home. The order excludes personnel in the
security sector and other essential services.