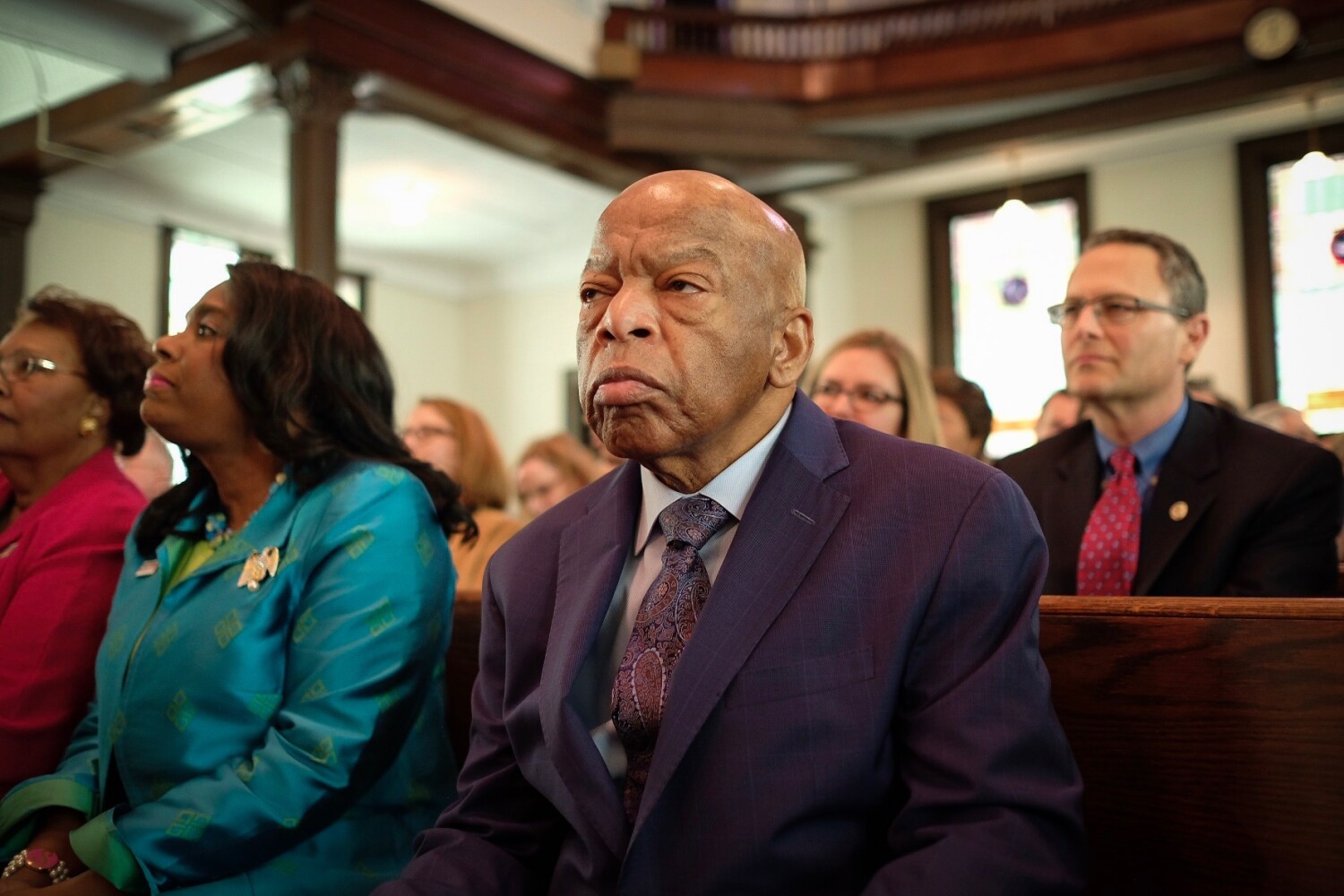 It is intensely comforting to hear Rep. John Lewis say, “We will redeem the soul of America — we shall overcome.” It’s the note on which director Dawn Porter leaves us at the end of her affectionate documentary portrait of the Georgia congressman, “John Lewis: Good Trouble.” Lewis is indeed the good kind of trouble, and he’s a good time too, as evidenced by the friendly greetings he has for anyone who stops to thank him for his work, in airports and on the campaign trail, and in the viral video of the 80-year-old congressman and hero of the civil rights movement dancing to “Happy” by Pharrell Williams.

Lewis’ youthful mugshot is an indelible image (and the poster for the film), alongside memorable photographs of him with his buttoned-up tan overcoat, backpack slung over his shoulders, making the march from Selma to Montgomery with Dr. Martin Luther King Jr. in 1965. But unlike King, Malcolm X and other assassinated civil rights figures, Lewis isn’t frozen in time as a symbol. He’s a living, legislating link to our recent history, and a reminder that the battles fought for desegregation and voting rights weren’t all that long ago. He’s also a living reminder that the fight for the landmark legislation that is the Voting Rights Act is a constant one, and one of the most important fights of this era.

Porter’s film follows Lewis throughout the midterm elections of 2018 as he stumps for Stacey Abrams, Beto O’Rourke and Colin Allred. It proves to be a stirring backdrop for the discussion of voting rights, especially in Abrams’ election, where Brian Kemp ended up winning the Georgia gubernatorial race amid allegations of voter suppression. In 2013, the Supreme Court struck down key protections in the Voting Rights Act, allowing states to enact what some would call Reconstruction-era voting restrictions.

For Lewis, the fight for voting rights has marked his life, his career and his history. As he says, “A vote is the most powerful nonviolent tool in a democratic society.” In archival footage, conservative activist Paul Weyrich declares, “I don’t want everybody to vote,” which is disturbingly close to rhetoric from current right-wing politicians. It’s an issue that remains critical in this election year, when voting rights have already been infringed upon in primaries during an unprecedented pandemic.

“Good Trouble” is a lovely tribute to Lewis, with so many moments from his story remaining urgent and relevant, especially his carefully planned, executed and sustained civil rights organizing and activism. As frosh Congresswomen Ayanna Pressley, Alexandria Ocasio-Cortez, Ilhan Omar and Rashida Tlaib express, Lewis and others provided a blueprint for how to do this work, and in Lewis’ case especially, how to sustain it.

Porter favors heartwarming moments like the “Happy” viral dance, friendly interactions and loving testimonials from Lewis’ friends and colleagues, but there are moments where one wishes her film had more bite. It’s an interesting choice to show Lewis watching archival footage of his past, but it never really achieves anything particularly profound. However, Lewis is such a towering figure in American history, and American politics, that any salute to him is a worthy one. We all have so much to thank him for.

Rated: PG for thematic material including some racial epithets/violence, and for smoking