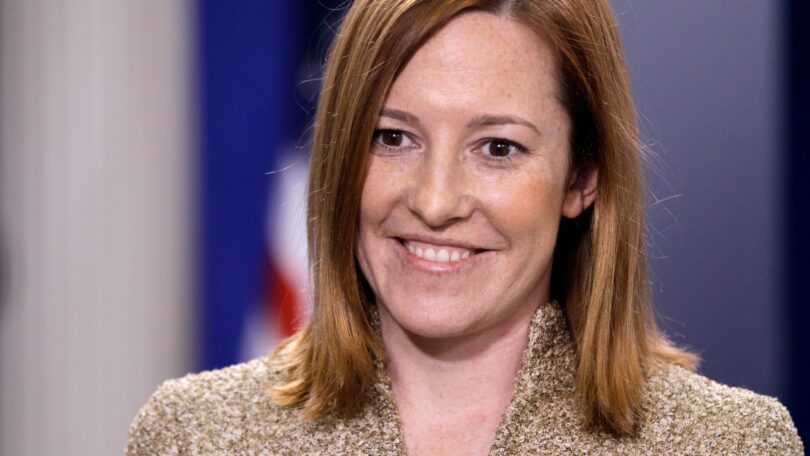 Psaki, who wore many hats under Obama including White House communications director, has overseen the confirmations team for Biden’s transition team.

Jen Psaki is seen Feb. 16, 2011, in the James Brady Press Briefing Room of the White House in Washington. She served as communications director during the final two years of President Barack Obama’s term and previously as spokeswoman for the State Department. (Photo: Charles Dharapak, AP)

The announcements come as Biden continues to build his Cabinet and White House staff, led by Chief of Staff Ron Klain while President Donald Trump refuses to concede the election that Biden won.

“Communicating directly and truthfully to the American people is one of the most important duties of a President, and this team will be entrusted with the tremendous responsibility of connecting the American people to the White House,” Biden said in a statement. “I am proud to announce today the first senior White House communications team comprised entirely of women. These qualified, experienced communicators bring diverse perspectives to their work and a shared commitment to building this country back better.”

As press secretary, Psaki will become the public face of the Biden administration, a role that Kayleigh McEnany holds in Trump’s administration.

“I grew up through the hard fought battles of winning back the House, winning presidential campaigns and fighting for the Obama-Biden agenda with @KBeds and looking forward to the journey ahead,” Psaki said Sunday in a tweet.

We can’t wait to share what we are thinking as we get closer to inauguration, but @K_JeanPierre and I spoke just this am about taking the next few weeks to think outside of the box about how to ensure we are making the Biden-Harris agenda more accessible from the podium.

Psaki served as communications director for Obama during his final two years in office. She was earlier a spokeswoman for the State Department, handling daily briefings with the international press.

More: President-elect Biden seeks a diverse Cabinet. Here’s who will join his administration and who might be top contenders

As communications director from 2015 to 2017, Psaki reorganized the White House approach to media with more attention for non-traditional and online outlets. She previously had served as senior communications adviser and traveling press secretary for Obama during his reelection campaign.

From 2013 to 2015, Psaki served as the primary spokeswoman for the State Department, traveling 600,000 miles to more than 50 countries with Secretary John Kerry.

She earlier served as deputy White House communications director during Obama’s first term, coordinating and implementing the public response of the government to the financial crisis. She worked with Larry Summers, director of the National Economic Council, Treasury Secretary Tim Geithner and key senior cabinet officials throughout the administration.

She has also worked on many national and state political campaigns. She was traveling press secretary for Obama’s first campaign, communications director for former Rep. Joseph Crowley, D-N.Y., and Midwest and Northwest regional press secretary for the Democratic Congressional Campaign Committee.

“Working for him as VP and on this campaign gave me insight into what kind of capable, compassionate, clear-eyed president he will be,” she said in tweet.

Sanders, who will serve as the chief spokesperson for Harris, said she is “ready to serve.”

“Also AN ALL LADY SQUAD?!” Sanders said in a tweet, singling out her colleagues. “We each take our service seriously and are elated to get to work for the people and build back better! Lets go ladies!”

Also AN ALL LADY SQUAD?! I am excited to serve alongside @AshleyEtienne09, my battle buddy @KBeds, @jrpsaki, @pilitobar87 and @EAlexander332. We each take our service seriously and are elated to get to work for the people and build back better! Lets go ladies! 🙌🏾

“Her experience working on both sides of Pennsylvania Avenue and the immense respect she commands among both members and staff will make her a powerful force in the Biden-Harris Administration, Pelosi said.

More on the appointments:

Communications director for the first lady

Alexander served as a senior adviser on the Biden-Harris Campaign. She spent the first years of the Obama-Biden administration as the Press Secretary to Vice President Biden after serving as  then-Sen. Biden’s Communications Director on Capitol Hill.

Communications director for the vice president

Jean-Pierre served as a senior adviser to Biden and chief of staff to Harris on the Biden-Harris Campaign. She previously served as a chief public affairs officer for MoveOn.org and was a political analyst for NBC and MSNBC Political Analyst. Jean-Pierre served as regional political director for the White House Office of Political Affairs during the Obama-Biden administration and as deputy battleground states director for Obama’s 2012 reelection campaign.

Senior adviser and chief spokesperson for the vice president

Sanders served as a senior adviser on the Biden-Harris Campaign. Four years ago, she worked for Sen. Bernie Sanders’ presidential campaign as press secretary, the youngest person ever in that role for a presidential campaign. Before joining the Biden-Harris Campaign, Sanders was a CNN political commentator and served as principal of the 360 Group LLC, where she provided strategic communications guidance. Sanders is the former chair of the Coalition of Juvenile Justice Emerging Leaders Committee and former member of the Federal Advisory Committee on Juvenile Justice.