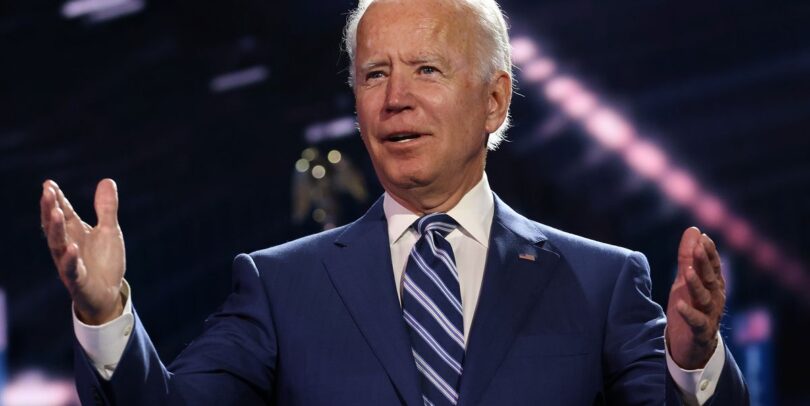 Before he was elected the next President of the United States, Joe Biden said he would build an administration that “looks like America.” Now, with his recent White House appointments, he seems to be delivering on that promise.

On Sunday, Biden and Vice President-elect Kamala Harris announced the members of the White House senior communications team, the first time in history that all seven roles will be held by women.

“Communicating directly and truthfully to the American people is one of the most important duties of a President, and this team will be entrusted with the tremendous responsibility of connecting the American people to the White House,” Biden said in a statement announcing the team. He continued, “These qualified, experienced communicators bring diverse perspectives to their work and a shared commitment to building this country back better.”

The members of the new team include:

In her own statement, Harris called the women “experienced, talented, and barrier-shattering.” (Harris’s niece, author and CEO Meena Harris, put it succinctly when she called the newly-announced team “The Office of I’m Speaking,” calling back to her aunt’s iconic line from the vice presidential debates.)

And while Biden seems set on making history with his staff, he’s not finished yet. According to CNN, Biden will also be announcing a diverse, female-led economic team on Monday. He’s expected to choose Janet Yellen as Treasury Secretary, Center for American Progress CEO Neera Tanden as the head of the Office of Management and Budget, and Obama alum Cecilia Rouse as the head of the Council of Economic Advisers. If confirmed, Yellen would be the first woman to serve as the U.S. Treasury secretary; Tanden would also be the first woman of color to oversee the OMB, while Rouse would be the first woman of color to chair the council.