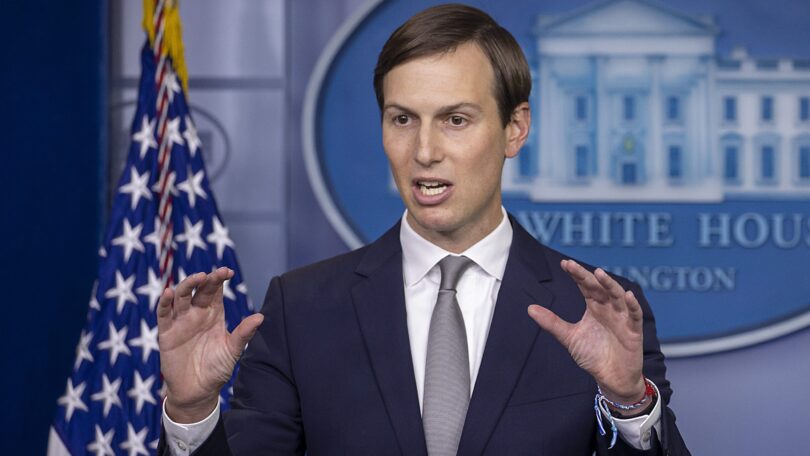 WASHINGTON – President Donald Trump’s senior adviser Jared Kushner will travel to the Middle East this week amid heightened tensions over the assassination of a top Iranian scientist, who had been credited with overseeing Tehran’s now moribund covert nuclear program.

Kushner, who is also Trump’s son-in-law, will travel to Saudi Arabia and Qatar, a source familiar with the matter, who was not authorized to comment publicly, told USA TODAY. The trip was first reported by Bloomberg and the Wall Street Journal. This official said Kushner’s trip will be focused on healing a long-standing rift between Qatar and its Gulf neighbors, including Saudi Arabia.

But Kushner’s visit to the two Middle East allies comes just days after the targeted killing of Mohsen Fakhrizadeh, a nuclear scientist who Israeli officials referred to as the “father” of Iran’s nuclear program. He led Iran’s “Amad” program, which Israel alleged was a covert military operation to probe the feasibility of building a nuclear weapon.

The International Atomic Energy Agency says that program ended in 2003, and U.S. intelligence agencies concurred with that assessment in a 2007 report. Iran has long maintained its nuclear program is for peaceful, civilian purposes only, a claim that Israel and U.S. officials reject.

He said Iran’s first priority after the killing was the “definitive punishment of the perpetrators and those who ordered it.”

The attack has renewed fears that Iran may strike back, raising tensions across the region.

In a statement released Monday, the United Arab Emirates, which just reached a historic normalization deal with Israel, condemned “the heinous assassination” of Fakhrizadeh. The UAE’s foreign ministry warned the killing “could further fuel conflict in the region.”

What it means for the Biden administration

Some Iran experts and senior Iranian officials have speculated that Fakhrizadeh’s killing could be part of a concerted attempt to sabotage diplomacy between Iran and the incoming Biden administration. Israeli Prime Minister Benjamin Netanyahu is publicly pressuring President-elect Joe Biden not to rejoin the 2015 Iran nuclear deal. President Donald Trump withdrew the United States from the accord in 2018.

Biden’s transition office declined to comment on Fakhrizadeh’s murder. But the president-elect has made it clear that he wants to revive the nuclear accord, negotiated during the Obama administration, under which Iran agreed to curbs on its nuclear program in exchange for relief from international sanctions.

“It’s not unlikely that this targeted killing was part of efforts to prevent the Biden administration from reviving diplomacy with (Iran) and going back to the nuclear agreement,” Carl Bildt, Sweden’s former prime minister, posted on Twitter after news of the attack first emerged.

Brian Katulis, a senior fellow at the left-leaning Center for American Progress specializing in the Middle East, said Fakhrizadeh’s killing highlights the Trump administration’s failed Iran policy. After Trump withdrew from the nuclear deal and reimposed crippling sanctions on the regime, Tehran began ramping up its uranium enrichment.

“It seems like this assassination that was conducted in an attempt” to lessen the nuclear threat from Iran, Katulis said, but “we need not have been here.”

Even before the assassination, reviving the nuclear agreement was going to be complicated, he said, because Iran is no longer in full compliance. But now, he expects Iran to retaliate in some way for Fakhrizadeh’s killing, and said he’s concerned the U.S. and Iran could slip into an unintended conflict just weeks before Biden takes office.

“We’ve got just a few weeks to go and anything could happen,” he said.

Israeli and U.S. officials have refused to comment on the attack. But experts say the incident has the hallmarks of an assassination orchestrated by Israeli’s Mossad spy agency. Mossad and the CIA often share intelligence information.

According to initial reports from Iranian state television, the attack began outside of Tehran when a truck laden with explosives and hidden under a load of wood blew up as a car carrying Fakhrizadeh drew near. Fakhrizadeh’s vehicle then came under machine gun fire, according to Iranian state TV and the country’s semiofficial Fars news agency.

But on Monday, a top Iranian security official, accused Israel of using “electronic devices” to kill Fakhrizadeh remotely. Ali Shamkhani, the secretary of the country’s Supreme National Security Council, made the comment at Fakhrizadeh’s funeral.

“Unfortunately, the operation was a very complicated operation and was carried out by using electronic devices,” Shamkhani told state TV. “No individual was present at the site.”

Qatar-Gulf rift also on the agenda

Katulis said he has no doubt that Kushner will also use the trip to try to resolve a years-long standoff between Qatar and its neighbors, which began in the early months of the Trump administration.

In 2017, Saudi Arabia and three other Arab nations cut diplomatic ties with Qatar over that country’s support for Islamist groups and its relations with Iran. The Trump administration’s efforts to resolve that dispute have failed, and it’s not clear if Kushner will have any more success in his waning days as Trump’s senior adviser.

Kushner may also try to ramp up pressure on Saudi Arabia to join other Arab countries in normalizing relations with Israel. He played a key role in cementing normalization deals between Israel and the UAE, Bahrain and Sudan.

Katulis said he does not expect Kushner to clinch a deal between Israel and Saudi Arabia. He said the trip looks like a “lame duck administration trying to put the best face” it can on a range of thorny issues and offer a parting shot to Iran.