J. Cole Training for Career in the NBA 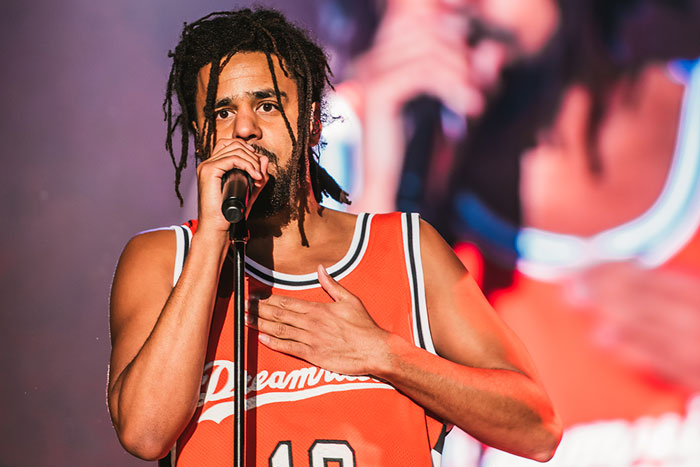 Is J. Cole headed to the NBA?

Master P claims that the Dreamville rapper is training for a professional career in basketball. During an interview with TMZ, the No Limit mogul revealed that Cole turned to him for advice on making his hoop dreams a reality.

“When I talked to J. Cole. He was like, ‘Big dawg, you did it. What do you think I would have to do to make that happen?’” recalled P. “To get one of these NBA jerseys, it’s not gon’ be easy.”

But Cole is serious and has been putting in work. “He’s been showing people that he’s consistent and he’s been in the gym,” added P, who said it won’t be easy. “But now proving that to them GMs, those scouts that’s gon’ come out there. They not just gon’ let you in there no more.”

The 35-year-old MC played basketball in high school and was a walk-on player at his alma mater, St. John’s University, before going on to release his breakout mixtape The Warm Up in 2009. He is also known as one of the best non-pro celebrity players.

Cole enlisted Master P to narrate his new Puma commercial, which seemingly finds him trying out for the NBA. “You can’t be serious. I know you ain’t ’bout to try to do what I think you ’bout to try to do. ‘Cause that would be crazy,” P tells Cole in the clip. “I think the homie really tryin’ to do it.”

Following his success in hip-hop, Master P was drafted into the NBA, playing for the Charlotte Hornets and Toronto Raptors during the 1998 and 1999 pre-season. “Either you gon’ be good enough to play or you gon’ get exposed,” he added.

Cole may be trading his career in hip-hop for the NBA. The father of two recently hinted at retirement following the release of his upcoming album The Fall Off. “I could possibly be before hanging up my jersey, leaving nothing on the table when all was said and done,” he wrote in an open letter for The Players Tribune.

Last month, he dropped the first two tracks off The Fall Off, “The Climb Back” and “Lion King on Ice.”