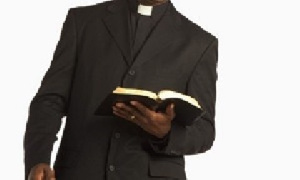 File photo of a pastor

The General Overseer of the Calvary Charismatic Centre Rev. Ransford Obeng has taken it out hard on clergymen who openly declare their partisan allegiance.

According to the clergyman, such acts are unwise and divisive to the church and its congregants.

Rev. Ransford Obeng made the assertion addressing the media on the sidelines of the church’s mammoth watch nigh service which saw thousands in attendance at its Ayigya headquarters.

He insisted, “It is not a wise decision for any church leader, to declare publicly his support for any political party.”

Elucidating further he Explained, “In a church, we have different groups of people. There is no church that has one party in it. Churches are supposed to bring people of different backgrounds and different views together under the Lord Jesus Christ.”