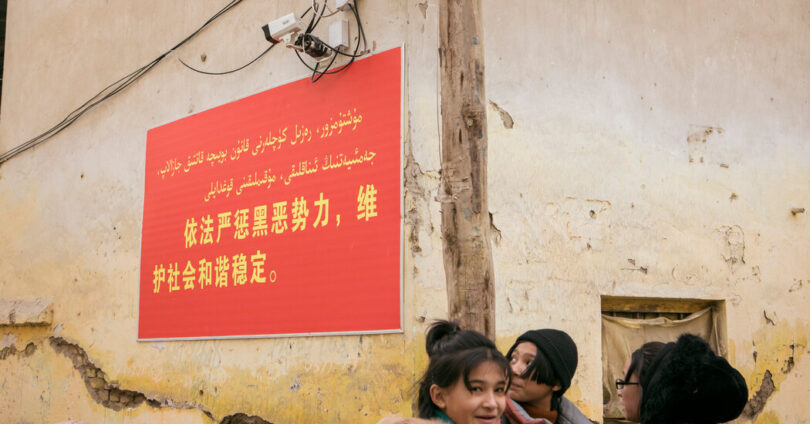 URUMQI, China — At the end of a desolate road rimmed by prisons, deep within a complex bristling with cameras, American technology is powering one of the most invasive parts of China’s surveillance state.

The computers inside the complex, known as the Urumqi Cloud Computing Center, are among the world’s most powerful. They can watch more surveillance footage in a day than one person could in a year. They look for faces and patterns of human behavior. They track cars. They monitor phones.

The Chinese government uses these computers to watch untold numbers of people in Xinjiang, a western region of China where Beijing has unleashed a campaign of surveillance and suppression in the name of combating terrorism.

Chips made by Intel and Nvidia, the American semiconductor companies, have powered the complex since it opened in 2016. By 2019, at a time when reports said that Beijing was using advanced technology to imprison and track Xinjiang’s mostly Muslim minorities, new U.S.-made chips helped the complex join the list of the world’s fastest supercomputers. Both Intel and Nvidia say they were unaware of what they called misuse of their technology.

Powerful American technology and its potential misuse cut to the heart of the decisions the Biden administration must face as it tackles the country’s increasingly bitter relationship with China. The Trump administration last year banned the sale of advanced semiconductors and other technology to Chinese companies implicated in national security or humans rights issues. A crucial early question for Mr. Biden will be whether to firm up, loosen or rethink those restrictions.

Some figures in the technology industry argue that the ban went too far, cutting off valuable sales of American product with plenty of harmless uses and spurring China to create its own advanced semiconductors. Indeed, China is spending billions of dollars to develop high-end chips.

By contrast, critics of the use of American technology in repressive systems say that buyers exploit workarounds and that the industry and officials should track sales and usage more closely.

Companies often point out that they have little say over where their products end up. The chips in the Urumqi complex, for example, were sold by Intel and Nvidia to Sugon, the Chinese company backing the center. Sugon is an important supplier to Chinese military and security forces, but it also makes computers for ordinary companies.

That argument is not good enough anymore, said Jason Matheny, the founding director of Georgetown University’s Center for Security and Emerging Technology and a former U.S. intelligence official.

“Government and industry need to be more thoughtful now that technologies are advancing to a point where you could be doing real-time surveillance using a single supercomputer on millions of people potentially,” he said.

There is no evidence the sale of Nvidia or Intel chip, which predate the Trump order, broke any laws. Intel said it no longer sells semiconductors for supercomputers to Sugon. Still, both continue to sell chips to the Chinese firm.

The Urumqi complex’s existence and use of U.S. chips are no secret, and there was no shortage of clues that Beijing was using it for surveillance in Xinjiang. Since 2015, when the complex began development, state media and Sugon had boasted of its ties to the police.

Nvidia said that the materials referred to older versions of its products and that video surveillance then was a normal part of the discussion around “smart cities,” an effort in China to use technology to solve urban issues like pollution, traffic and crime. A spokesman for Nvidia said the company had no reason to believe its products would be used “for any improper purpose.”

The spokesman added that Sugon “hasn’t been a significant Nvidia customer” since last year’s ban. He also said that Nvidia had not provided technical assistance for Sugon since then.

A spokesman for Intel, which still sells Sugon lower-end chips, said it would restrict or stop business with any customer that it found had used its products to violate human rights.

Publicity over Intel’s China business appears to have had an impact within the company. One business unit last year drafted ethics guidelines for its technology’s A.I. applications, according to three people familiar with the matter who asked not to be named because Intel had not made the guidelines public.

Sugon said in a statement that the complex was originally aimed at tracking license plates and managing other smart city tasks, but its systems proved ineffective and were switched to other uses. But as recently as September, official Chinese government media described the complex as a center for processing video and images for managing cities.

Advances in technology have given the authorities around the world substantial power to watch and sort people. In China, leaders have pushed technology to an even greater extreme. Artificial intelligence and genetic testing are used to screen people to see whether they are Uighurs, one of Xinjiang’s minority groups. Chinese companies and the authorities claim their systems can detect religious extremism or opposition to the Communist Party.

The Urumqi Cloud Computing Center — also sometimes called the Xinjiang Supercomputing Center — broke onto the list of the world’s fastest computers in 2018, ranking No. 221. In November 2019, new chips helped push its computer to No. 135.

Two data centers run by Chinese security forces sit next door, a way to potentially cut down on lag time, according to experts. Also nearby are six prisons and re-education centers.

When a New York Times reporter tried to visit the center in 2019, he was followed by plainclothes police officers. A guard turned him away.

The official Chinese media and Sugon’s previous statements depict the complex as a surveillance center, among other uses. In August 2017, local officials said that the center would support a Chinese police surveillance project called Sharp Eyes and that it could search 100 million photos in a second. By 2018, according to company disclosures, its computers could connect to 10,000 video feeds and analyze 1,000 simultaneously, using artificial intelligence.

“With the help of cloud computing, big data, deep learning and other technologies, the intelligent video analysis engine can integrate police data and applications from video footage, Wi-Fi hot spots, checkpoint information, and facial recognition analysis to support the operations of different departments” within the Chinese police, Sugon said in a 2018 article posted to an official social media account.

On the occasion of a visit by local Communist Party leaders to the complex that year, it wrote on its website that the computers had “upgraded the thinking from after-the-fact tracking to before-the-fact predictive policing.”

In Xinjiang, predictive policing often serves as shorthand for pre-emptive arrests aimed at behavior deemed disloyal or threatening to the party. That could include a show of Muslim piety, links to family living overseas or owning two phones or not owning a phone, according to Uighur testimony and official Chinese policy documents.

“When you have something approaching a surveillance state, your primary limitation is on your ability to identify events of interest within your feeds,” he said. “The way you scale up your surveillance is through machine learning and large scale A.I.”

The Urumqi complex went into development before reports of abuses in Xinjiang were widespread. By 2019, governments around the world were protesting China’s conduct in Xinjiang. That year, the Sugon computer appeared on the international supercomputing rankings, using Intel Xeon Gold 5118 processors and Nvidia Tesla V100 advanced artificial intelligence chips.

It is not clear how or whether Sugon will obtain chips powerful enough keep the Urumqi complex on that list. But lesser technology typically used to run harmless tasks can also be used for surveillance and suppression. Customers can also use resellers in other countries or chips made by American companies overseas.

Last year, the police in two Xinjiang counties, Yanqi and Qitai, purchased surveillance systems that ran on lower-level Intel chips, according to government procurement documents. The Kizilsu Kyrgyz Autonomous Prefecture public security bureau in April purchased a computing platform that used servers running less-powerful Intel chips, according to the documents, though the agency had been placed on a Trump administration blacklist last year for its involvement in surveillance.

China’s dependence on American chips has, for now, helped the world push back, said Maya Wang, a China researcher with Human Rights Watch.

“I’m afraid in a few years time, Chinese companies and government will find their own way to develop chips and these capabilities,” Ms. Wang said. “Then there will be no way to get a handle on trying to stop these abuses.”