Home » ‘Inactivity is an ongoing pandemic’: the life-saving impact of moving your body 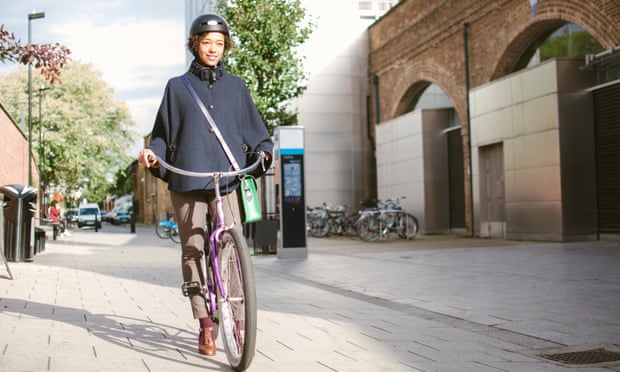 ‘People who regularly cycle to work enjoy a 40% lower chance of early death compared to those who don’t.’

Even before Covid, four in 10 British adults were so immobile they risked their long-term health. But even small bursts of activity can bring huge benefits

There were times during the sunny lockdown last spring when you might have mistaken my local park for some sort of idealised Victorian sanatorium, filled with joggers, skippers, stretchers and barbell-raisers. On the deserted roads nearby, families cycled in liberated gaggles. Inside living rooms, children started the day by doing star-jumps with their parents. It felt like a new start.

There was only one problem: it was a mirage. Subsequent research by Sport England found that overall activity levels fell dramatically for both adults and children. During the pandemic, an ongoing crisis became even worse.

And crisis it is. Even in normal times, about four in 10 British adults are so immobile they risk their long-term health. Around 25% are almost completely inactive, meaning they exert themselves for less than 30 minutes a week. For children, almost eight in 10 fail to amass the hour a day of movement seen as vital to prime young cardiovascular systems and lay down bone density.

In non-Covid times, ill health from long-term inactivity is blamed for about one in six UK deaths, about 100,000 a year, and around 5 million globally. If a twentysomething lives between an office chair and a sofa, it could be several decades before associated ailments such as heart disease, type 2 diabetes or cancer show themselves.

The fact that regular physical exertion is good for your health was confirmed in 1953, through the work of epidemiologist Dr Jerry Morris. His breakthrough came when he tried to work out why London’s bus conductors had about half the rate of heart disease of the drivers, eventually connecting this to the 500-plus staircase steps they climbed each shift. 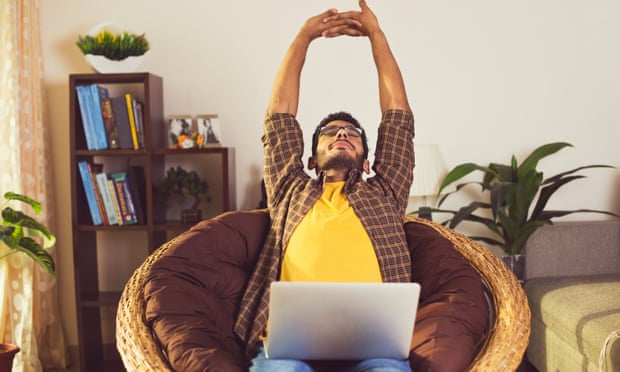 It’s no coincidence that Morris’s discovery was about movement at work. The current inactivity crisis hasn’t come about because of a sudden outbreak of laziness; it’s because of the decline in “incidental activity” – movement as part of your everyday life, from manual work to chores, or travel on foot or bike. An active life has been designed out of our world: streets favour vehicles; office-block staircases are hidden behind rows of gleaming lifts. Successive governments have portrayed physical activity as a function of personal responsibility, of willpower, when in fact – as with the parallel, but separate, crisis of obesity – it cannot be seen outside the context of the lived-in environment.

It’s why countless campaigns to push people to the gym or out for brisk walks – not to mention millions of pounds spent on elite sport, in the hope it will provide inspiration – have been essentially pointless. This isn’t to disparage exercise, but the reason not enough people do any is partly because it has to take place in “free time”, carved out from our busy lives. More than half of Britons never do any sport.

For millions of people, lockdown means countless hours sitting down: at the kitchen table, working from bed, on the sofa. Excessive sitting time is dangerous; it crosses over significantly with the risks of inactivity, for example type 2 diabetes, but has its own distinct impact on our bodies. If we don’t use our biggest muscles, notably in our legs, for long periods, there is a cellular effect that makes our bodies less good at breaking down certain fats, which can affect the way they process glucose.

Many of the existing tips for introducing movement into your life presuppose a more normal life: ideas such as walking one extra bus stop on the way to work, or parking half a mile from your destination; getting a sit-stand desk at the office. Now, when your commute might be from the bedroom to the living room, and outings involve walking to the door to tip a Deliveroo rider, this all feels hypothetical.

One solution is to improvise a standing desk: the right-sized pile of books on a table can work. Simpler still, set an alarm every 45 minutes, and stand up and march around. While the total time you sit contributes to the risks, it is worse when it is uninterrupted for long periods.

Small steps such as this are worth it: research has shown that if people nudge their body into even tiny amounts of effort, it can bring astonishing benefits. For years, the mantra was that people should aim for at least 150 minutes of moderate activity a week, ideally in half-hour chunks. But as I-Min Lee, the Harvard professor and leading light of inactivity studies, tells me, doing something is almost always better than nothing.

Lee led a fascinating study, published in 2019, which showed that, for all the focus on 10,000 steps a day, among a sample of older US women, those who managed 4,400 steps had nearly half the chance of dying during the research period than those who averaged 2,700. Updated health guidance now talks up activity in chunks of as little as 10 minutes. 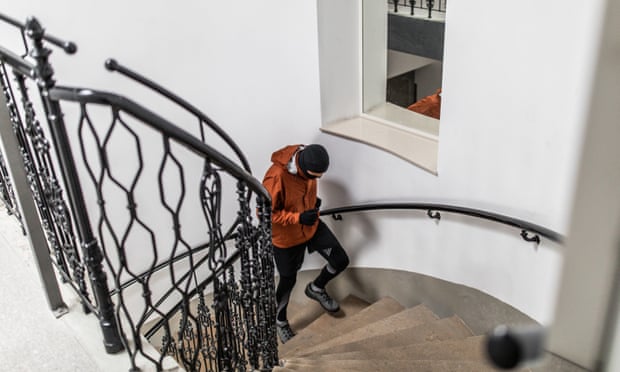 Blend activity into your day: take the stairs, or make phone calls while on walks.

And when you do start moving, the impact is immediate in effect, and astounding in extent. The US government guidelines on activity note that, on the same day you manage a single period of moderate-to-vigorous activity, you will see a reduction in blood pressure, better insulin sensitivity, improved sleep, fewer anxiety symptoms, and improved cognitive function. In the longer term, two separate studies have found people who regularly cycle to work enjoy a 40% lower chance of early death compared to those who don’t, even when accounting for other lifestyle factors.

So how can you up your movement in lockdown? You might have to eat into the little downtime you have, lengthening your daily walk, or turning it into a bike ride. Blend activity into your day; take phone calls while walking outside, or just standing up. While step counts on smartphones can be hit and miss, you can set a daily target.

And when normality comes, what kind of movement should you focus on? Steven Blair, a US pioneer in the field, tells me: “People ask, ‘What is the best activity to do?’ And my simple-minded answer is, ‘The one you’ll do and keep doing.’” That’s the crucial point: use your body in a way familiar to humans over the millennia, as part of your life, not a hobby or fad. If you somehow make movement routine, it embeds, becomes permanent. When that happens, it feels almost as if you have been let in on a secret.