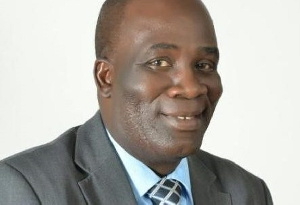 The newly appointed Managing Director of the Tema Oil Refinery (TOR), Ing. Herbert Ato Morrison, has been advised to uphold the interest of Ghanaians as he begins his tenure as head of the refinery.

Commenting on the state of the refinery going forward, the Executive Director of the Institute for Energy Security (IES), Paa Kwesi Anamua Sakyi said the new Acting MD must ensure that TOR only enters into arrangements that will yield the most benefits for Ghanaians.

“We all understand that Mr. Osei was forced to walk out. So we only pray and hope that he [Ato Morrison] is not elected to come and ensure that the refinery takes far below the tolling fee that has been put in the past to rip off the country. We wish him well, a very good engineer but in terms of management we are yet to see what he brings onboard and how forward-looking it is going to be for the refinery.”

The appointment of Mr. Ato Morrison follows the resignation of Isaac Osei, who served as the MD of the company for nearly three years.