I wanted to be a husband. My wife taught me true partnership - Republik City News 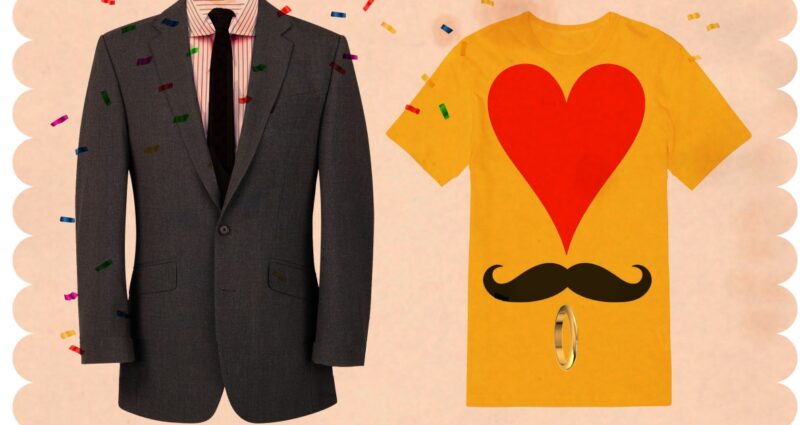 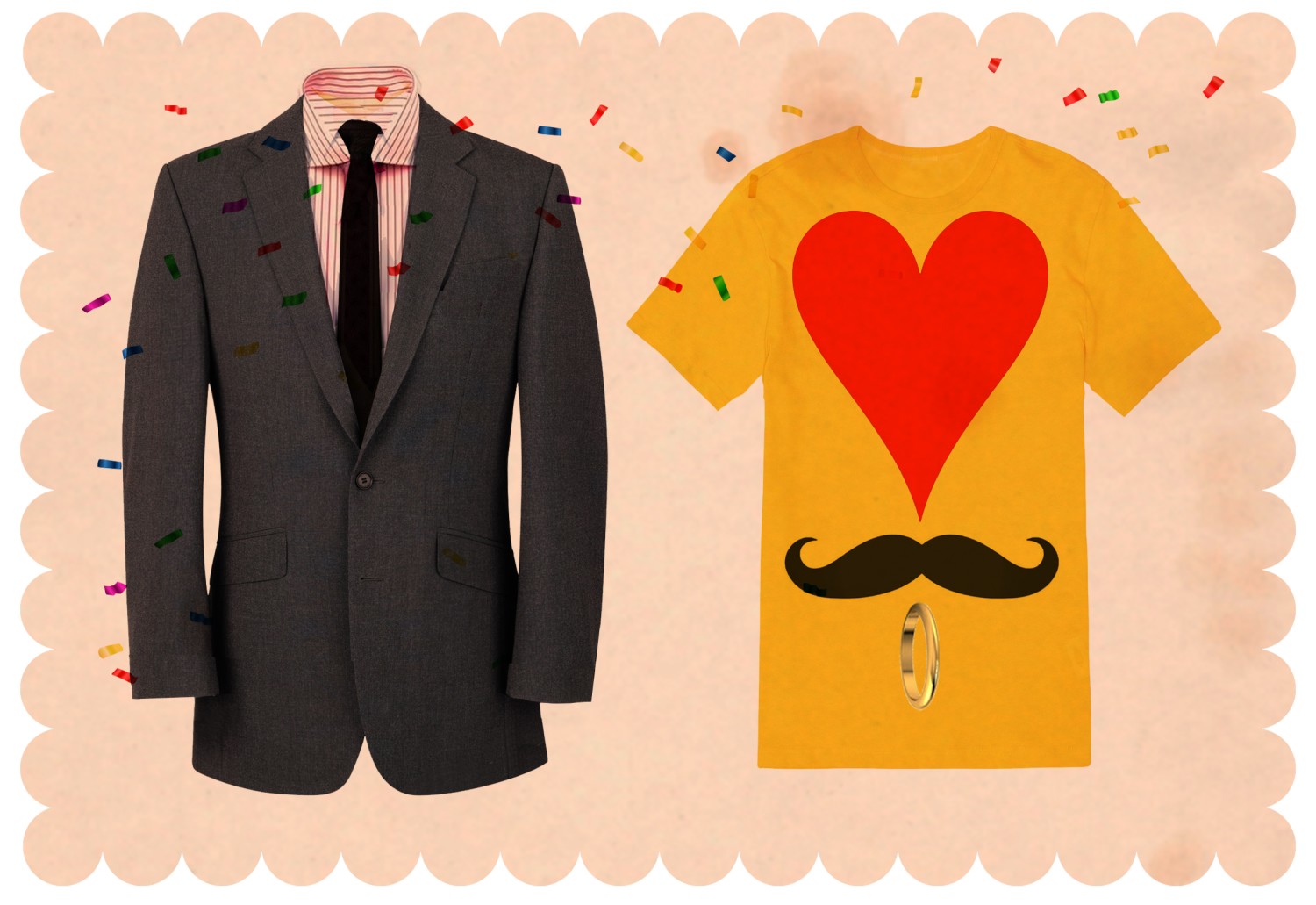 I always knew I wanted to marry my girlfriend.

I just wanted to feel like husband material first.

I had this image in my head of what a husband should be. Unsurprisingly, he looked a lot like my dad: He had a mustache, a house and — importantly — a career. I didn’t have any of that.

So how could I be a husband if I wasn’t that man?

Instead of a man, I was just a guy.

Love L.A. Affairs? Then you’ll want to buy the book before the price goes up: L.A. Affairs: 65 true stories of nightmare dates, love at first sight, heartbreak & happily ever afters in Southern California

I was a guy who worked at a moving company in Los Angeles for near-minimum wage, a guy who performed improv at free shows at the Clubhouse in Los Feliz and took extremely not-free writing and improv classes at Upright Citizens Brigade. I hosted quiz nights at restaurants, wine bars, pubs and pizza places across the city to help make ends meet.

That right there is the definition of just a guy.

Don’t get me wrong. There’s nothing wrong with being just a guy. But he’s not a full, grownup, capital-M Man.

Years before, when I met my girlfriend, Sammie, I was a step down from a guy: a boy. I was fresh out of the University of Georgia with a degree in theater and headed straight to Los Angeles, a place I knew nothing about except what you see in the movies or on TV. I would be living with three other “boys” in a two-bedroom apartment I had never seen.

My friend from college who moved out before me, the one who emailed me the lease, told me it was in a place called Burbank. I didn’t know if that was a neighborhood or a city, but I knew I had to go if I wanted to pursue my dream of working in television.

Not long after, Sammie followed, to finish her degree and become a teacher. And soon after that we were living together, leaving “the Burbank boys” behind for a cramped studio apartment nearby. Things were moving quickly.

But four years later, as an improv-mover-trivia guy, I was four years into a serious relationship with a girl I knew I wanted to marry someday, and I hadn’t yet proposed. And how could I? By this time we were living in a small one-bedroom apartment in Glendale — but not a house. I had three low-paying jobs instead of a career, and Sammie didn’t like it when I tried to pull off a mustache.

So I held off. Sammie finished her degree and started grad school. My car broke down for good, and I was too broke to replace it. I used to take the 134 to the 5, but then I rode the 181 line to the 212 line. Leaving work at night and riding the bus on my way to improv sessions with my friends, I couldn’t help feeling closer to boyhood than manhood.

During that hour-and-a-half commute, I had plenty of time to watch the city roll by, but not much time for anything else.

One day, I stifled a panic attack as I did the math: Nine hours a day at the moving company, plus a three-hour round trip bus ride, plus seven hours’ sleep a night, plus time away for side gigs and classes, all equaled life feeling shorter than it ever had before.

Most important, time home with Sammie felt shorter than it ever had.

I missed my girlfriend every day at work, even though we lived together, even though we saw each other every morning and every night. It hurt, like a real pain in my chest hurt, to realize how little time we actually had together each day.

“But what if,” I thought, “we had all the rest of the days.” That didn’t seem so short at all.

My commute became planning time. I scrolled through jewelry websites and Reddit threads about wedding proposals. I got off a few stops early some days to call my older brother and ask his advice on rings and stones while I walked. I located jewelry stores along my bus route.

Sometimes I texted Sammie that I was working late as I slipped off the 181 for half-hour scouting missions, dodging salesmen as I browsed just to learn what I liked, hurrying to get back to the stop before the next bus came.

As I planned for the engagement, I realized that this was the first time in years I had planned something without Sammie. As much fun as we had together, and as much as I love her, one of the best things about being with Sammie is that she is the perfect person to bounce ideas off, to help me see what I can’t. In short, she has always been a partner as much as a girlfriend.

The more I planned, the sooner I wanted to do it. Maybe I would still be a guy down on one knee instead of a Man, but that didn’t matter as much as getting to the moment when I could see the look on her face.

I proposed under the marquee at the Alex Theatre in Glendale. A friend from improv took pictures. She said yes, and we went to In-N-Out to celebrate. I was happier than I had ever been, to be her guy. And I was on my way to becoming her Man.

A few months after we got married, I got a text from a friend at a production company. There was a job opening for me if I wanted it. I was torn. I desperately wanted to switch to a job in TV, but it meant leaving a stable, full-time job with a promotion on the horizon for a new work environment, complete with the potential for failure and lengthy (nonpaying) hiatuses that come with working in TV production. And the new job wanted me to start right away, meaning I’d be burning a bridge at the old job by not putting in an appropriate notice.

Looking back, it’s obvious I spent too much time worrying about the order of things.

We don’t have a house, but we figured out a two-bedroom apartment in Eagle Rock because our baby girl is on the way next month. We picked out the name, Eloise. And Sammie said she didn’t mind if I grew out my mustache for a few weeks.

I can see now where I had it wrong. I wanted to be husband material — a Man — before getting married. I should have known that I couldn’t actually become a husband without my wife’s help.

Harry Valentine is a writer based in Los Angeles. You can find him on Twitter and Instagram at @hairyvalentine.

L.A. Affairs chronicles the search for romantic love in all its glorious expressions in the L.A. area, and we want to hear your true story. We pay $300 for a published essay. Email LAAffairs@latimes.com. You can find submission guidelines here.