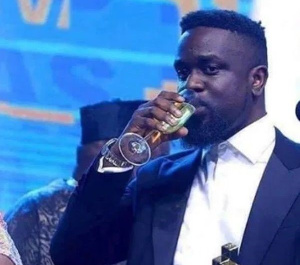 The rapper has been described as a stingy artiste because he has been spotted using some old editions of some gadgets.

But reacting to such claims on The KSM show, Sarkodie said he doesn’t care if people think he is stingy.

To him, he will remain as he is and that people cannot push him to live a lie.

” Like the stingy thing, it’s a social media thing so everyone hops on it then it starts to trend. Personally, for me I don’t care. So, what they are pushing you to do is to prove yourself that you are not stingy which I will never do. So, you’ll always keep that thing in your head till you die and I don’t care”.

On why he is seen as arrogant, Sarkodie mentioned that he realized he was dealing with the bad people because when he goes outside the country people do not complain about how he carries himself.